Last night some of you probably noticed that the site was crashing and the sad panda was on the prowl. This is the same issue PB has been seeing over the last several months, and SM was kind enough to jump in and restart the server. It’s a temporary fix, but we’re back online and stable for now.

Lt. Dan and I are still getting our footing, and this outage (which happened while both of us were away from our computers) was a good learning experience for us about logistics. We’ll be putting a contingency plan in place to handle this kind of thing in the future.

I’ve been having a lot of behind the scenes brain-dumping and strategy conversations with SM and Lt. Dan. We’re starting to dig into the code to get an idea of what kind of resources we’ll need to put in place a permanent fix. Until then, the panda may come out and play occasionally, but there’s a light at the end of the tunnel.

And that light? It’s named Mochi: 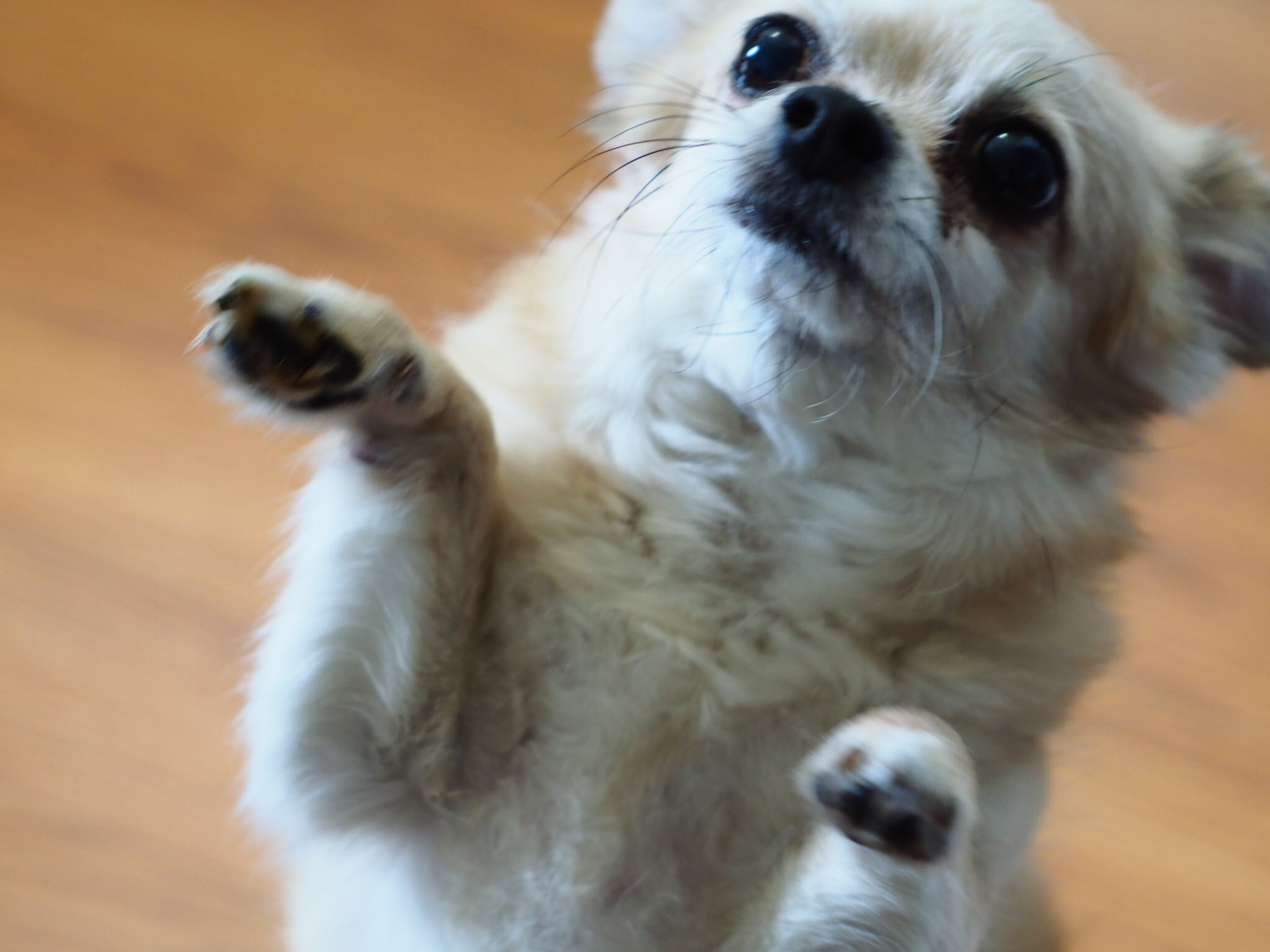 Expect more in the coming weeks about roadmap and next steps.

Thanks for updating us!

MOCHI! That makes up for everything.

I wasn't around to see the sad panda. Happy it was straightened out. Wishing you well for a permanent fix.

Thanks for keeping us posted. Mochi is too cute. Nougat sends "woofs".

Thanks for the update!

The sad panda reminds me of the saying from Fooly Cooly. "Or a panda with a mean face" or was it sad? Sexual harassment PANDA!

Thanks for the update! And hi Mochi!!

I thought Dan and SM were one and the same? I wasn't around last night to notice but thanks for the update. :)

Dan's real name is SM but he doesn't like being called that here. Lt. Dan is Josh's new partner, not SM.

Mochi and the Panda... I'm sensing an incredibly adorable Cartoon show in that somewhere!

Maybe we need a Sad Mochi instead of a Sad Panda?

Yes! We totally need this. No one would even care that the site was down because we'd see a cute dog picture.

I think I saw the Panda once. But I actually went and watched a movie so must have missed the rest. And I have a lot of problems with my internet service (they say they don't have problems--HA!!) so usually blame them first anyway.

Mochhhhiiii! He needs his own prosebox journal, the life and TAILS of mochi. Thanks for working so hard!!!

Ta for the update J.

I need more Mochiiiiiiii in my life!

Thanks for your hard work! It's well appreciated.

Sending internet scritches and praise to Mochi as well, what a good doggo ♥

Thanks for the update and all the hard work!
Look the panda!
-Steals Mochi-

I didn’t get any sad pandas but it was a little slow, figured things would be resolved soon and here we are. Thank you all for working so hard for us.

Yay for Mochi mojo!
Thanks for keeping us in the loop, and good luck with the problem-solving.

I hadn't actually noticed the outage but damn, that dog is adorable.

Thanks to all three of you for working on prosebox.

Thanks for the update! Good to know what's going on. Sounds like you've got everything under control which is reassuring. So thanks!

Thanks for letting us know !!

Thanks for the update!

Thanks for the update. Love the puppy.

Mochi is the cutest though.

Thanks for keeping us in the loop - much appreciated!

Why does Mochi look like a meme waiting to happen?

If someone hunts down and kills all the sad pandas, will the outages stop? Just asking for a friend and I guarantee I will have an alibi.

Whoa whooooaa there. Let's not be rash. There's more than one way to skin a pan.... umm.... what I meant to say was... if we're going to eliminate all the sad pandas, wouldn't antidepressants be the better choice?

NICE! Although all sad pandas must be dealt with in a most severe manner.

Violence is never the answer

Although I truly believe all sad pandas and unicorns really must go in a Sopranoish manner.

I am in love with Mochi. ❤️

Mochi is very fastidious about his lawn care

I lost an entry, but it ended up being a good thing. Sometimes things need to be sucked into the ether.

Thanks for the PUPdate!

Thanks for letting us know!

Mochi is too cute! I had I believe Japan Mochi in London yesterday.
I am assuming you love Mochi. I have not checked prosebox lately but glad to see its up and running.
:)

Isn't Mochi that stuff made from rice?

I think replacingsad panda with a mochi picture is a brilliant suggestion!

That's honestly the most photogenic dog I have ever seen.

Mochi made me smile, thanks

I love your dog! I have a Pomeranian named Frankie

I love your dog! I have a Pomeranian named Frankie

Would it be possible to see more/easier options for uploading photos to our entries? Like from our desktop or Camera Roll? I have a lot of things I'd like to share, but it's such a pain that I don't even bother.