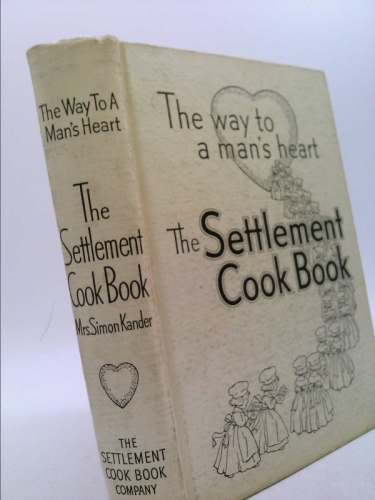 I could rewrite the Nazi series…they need it.

What I would like to know is “what did you eat as a child or young adult?” What did your mother feed you? My mother, who was an excellent engineer, used recipes from a mittle European Cookbook. One friend told me that almost everything they ate was frozen. Please, if you don’t mind, could you share what your mother cooked. Thank you.
…………………………………………………………………………………………………..
Himself: First day back as a docent at the Automotive Museum. Maybe not for long at all as we as a county are not doing well with out Covid statistics.
Myself: Research and laundry.
Reading: Dick Francis, “BANKER.”
Photo: Thrift Books
Gratitude’s: Sleeping in a bit.

My mom made meatloaf, chicken in a myriad of ways, spaghetti sauce, lamb chops, pretty much anything. She's a good baker, especially pies. She's willing to try new recipes, so along with Italian family recipes, and American staples, she made sauerbraten, beef bourginon, and coq au vin. Fish and seafood were also common on our table.

My Grandparents raised me most of my childhood . They had a dairy farm in The far North of New York State. My Grandmother was a plain cook but a very good one. We had roast chicken and many other kinds of chicken ( she raised her own chickens ) , steaks , cube steaks, pork chops , salt pork with milk gravy , roast beef , BBq pork steaks , pork roast , ham, turkey ( she raised them too ), homemade vegetable soup, chili, goulash , beef stroganoff , spaghetti with meat balls, chicken and noodles, potato soup , homemade tomato soup, French onion soup, catfish occasionally , trout occasionally ( caught on their own farm) , potatoes in every possible incarnation known to Man -) , tossed salad at most meals with homemade dressings, wilted lettuce, spinach salad, potato salad, pasta salad , homemade bread and butter at every meal, and always vegetables as a side . I loved her cauliflower or broccoli with cheese sauce. She cooked green beans with bacon and onions , creamed spinach and peas, corn on the cob etc.. I would never eat Lima beans. I loved her baked beans made with bacon or salt pork. Sometimes we ate them hot or sliced cold with vinegar on them for lunch . She fixed three big meals a day to feed my Grandfather and two hired men. There was always cottage cheese , pickles , pickled beets, zucchini relish , hot pepper jelly , olives and some kind of fruit to add to every meal if you wanted it. Her desserts were legendary ; all kinds of fruit pies , cream puffs, chocolate eclairs, chocolate cake with three minute boiled icing , brownies , cookies too many to list , her home made strawberry shortcake ( she grew the strawberries herself ) was my idea of a short slice of Heaven. Dinners were eagerly anticipated and could be two hours long ; eating , talking and laughing. Coffee and tea were served after With dessert . We used to try to read the tea leaves :-) She made wonderful popcorn when we watched movies :-) This time of year she would make Carmel and candy apples, spice cakes , carrot cake, zucchini bread, apple pies , apple fritters, cherry pies and molasses drop cookies. I have many great culinary memories. :-)

My father taught my mother how to cook. He learned when his mother died when he was 15. My mother ran with it. My father insisted on variety (his father had a wholesale meat business) so we had everything fish from the dory fishermen, frog legs, lamb, filet mignon, you name it. She was from New Orleans, so we had red beans and rice as well as seafood gumbo.

Cooking was not high on my mother's favorite-thing-to-do list. We always had food, but very plain stuff. Meat and potatoes. Usually beef or chicken. Canned veggies and fruit. Almost always dessert of some kind. But nothing ever at all spicy. (My dad had stomach problems). I grew up not learning much about cooking, and never really got into it myself. I'm still a eat-to-live person, cupboard not well-stocked with herbs and spices or exotic recipes.

Mainly plain food - meat and two veg type of stuff - lots of soup and a roast on a Sunday. But yummy puddings - I remember she did an excellent syrup sponge pudding😋

Meatloaf, beef & gravy over mashed potato, lots of chicken baked in multiple ways, soups, roasts on Sundays for our Sunday meals. We had large Sunday gatherings. I don't remember a whole lot of beef except maybe on Sundays. Fish. Since we were near the ocean, it was easy to come by. All of our veggies were grown in our acres of gardens. Eggs were fresh. We lived on a vegetable farm. My Nana was a wonderful cook, and she baked amazing desserts as well.

The author's name is her husband's name with Mrs. in front of it. There were times we ate a lot of moose meat.