So. Huh. Yeah. Yeaaaaah. in Reconstruction


Last night, I got home and changed into an outfit to take Nala for a walk. But then Victoria came over and Nala was a LOT more into seeing her than trying to whine for a walk! lol. Then Victoria and I went to the grocery store to pick up some stuff as Victoria felt like cooking. She helped me figure out where some stuff in the store was and a few non-staples that can make a Single Pot Rice Dish into a few different dishes/flavors. I know she feels bad that she never finished her education but… having someone with her culinary school experience in the kitchen was awesome. I definitely learned and will try my hand at some of that this week… solo so as not to potentially poison anyone else. lol. Then we took Nala for a big walk. Which is nice. I really like having someone along for those walks. Just Nala and I is starting to get repetitive and monotonous. So having company is nice. After that, I took a shower and… entered the bedroom to figure out what to wear or if I should wear something or… and Victoria was on the bed. Fully dressed, nothing terribly untoward happening there. But… she was in the bedroom and bedroom things happened. I won’t go into too much detail as that isn’t exactly what this space is for. I will say many things that have been on my “It’s been forever” list are no longer “it’s been forever”. And there is a thing on my “never done that” list that I can now say “I have done.”

I will go into detail on this, though, and forgive the “over share” if such a concept is the proper term. I did not orgasm last night. But I didn’t care. For the most part. You see, with Nancy… we would have sex so infrequently… and after I gave her an orgasm, she would be “checked out” and no longer interested in sexually engaging. So… not orgasming during sexual activity with Nancy was something to create frustration and unhappiness. That doesn’t apply to Victoria. She was good to keep trying after every one of her orgasms. It’s just… honestly… I think I’m having a mental block right now. And it somewhat bothers me as I would like to reach orgasm in my sexual activities. But there are a lot of different moving parts and issues here. Between my own current situation and Victoria’s ever present situation.... a mental block isn’t surprising. We’ll just… have to see if it continues or if I can overcome it.

Today at work is… stupid. I hate to say it but REALLY every day at work is STUPID. Today’s stupid? Half a dozen “What do you mean I can’t drive? Yeah, my license was suspended but so what?” Plus several Domestic Violence matters of, “Fuck you, give me trial. She won’t testify anyway!” All capped off with the following lovely bullshit:
Young woman, mother of three, was slammed into the ground nearly breaking her nose (the photos show blood trail, her face is VERY messed up) keeps calling me asking how she can get the charges dropped against her abuser. She, and her children, are now living in a hotel. I followed up. Because, ma’am, we can actually work with DHS to get you housing and help with your kids… literally, we have government money available to you so that you are not forced to live with your abuser. But she wants us to dismiss the charges because, “He’s helped me out so much over the years.” I realize it isn’t empathetic to roll your eyes but… I did. I rolled my eyes. I’m going to say this with FULL FAITH… if someone had literally bank rolled my entire life… and then started physically abusing me to such an extent that I was bleeding from my face and had to call the cops… THAT FUCKER BURNS. I know I’m guilty of diminishing myself for a relationship; but c’mon, folks! DON’T allow that kind of behavior!

And that’s my day. Stuff like this. Just… an endless parade of people who don’t want to take responsibility for their actions or their friends, loved ones, and victims begging me to make SURE that someone doesn’t have to be held accountable for their actions. There are too many humans on this planet that never became adults. 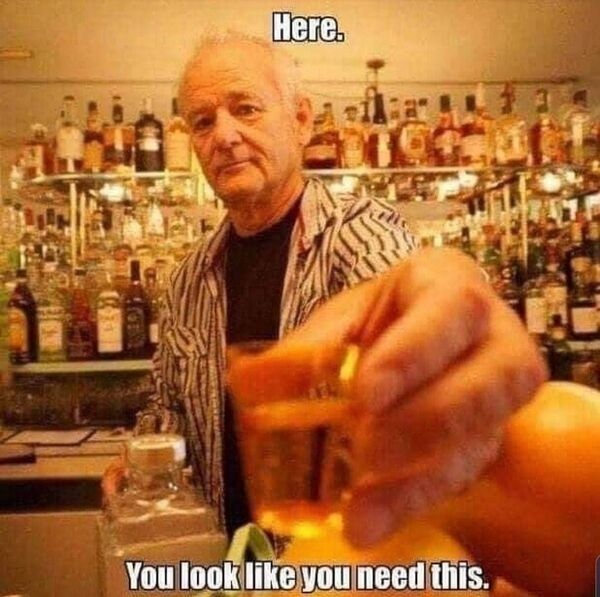 Speaking of..... just got out of trial. Stupid fucking… GR. SO, I’ll admit it. When a victim is a known absolute trash bag… I kind of wish I could say “You’ve made all of these decisions to say FUCK THE LAW; you’ve made all of these decisions to actively thwart, interfere, or corrupt the law; but NOW you want the law to work for you? GET BENT!” But of course… I can’t do that. I have an ethical obligation to take each victim as they are, take the facts as they have been reported to me, and try the cases I have. AND (what people seem to not understand) AFTER you tell the police what happened, if you call me and say, “That isn’t what happened” I have to go with what you told the cops. SO…
Drug peddling alcoholic goes to his girlfriend’s house… her alcoholic roommate and wannabe boyfriend is pissed to see the other man. They get into a fist fight. Cops come, analyze the scene, say that the Wannabe Boyfriend was the only one who was drunk and started the fight, and charge him.
Victim (obviously) refuses to come to court. So… I have a police report, two police officers, and a defendant. Both police testify that the defendant got his ASS handed to him but in their investigation, he got what was coming to him as he was the one that started the fight.
JUDGE DISMISSES THE CASE BECAUSE in the Judge’s words WE CAN’T REALLY KNOW WHAT HAPPENED IF THE VICTIM DOESN’T TESTIFY. GR!

So, that’s my day. Well… that and.....
I’m starting to get angry at the local cops. NOT because of police violence or anything. But because of the bullshit they’re spreading (and pointing my way) about COVID!
I get mocked for wearing a mask, but only by the cops.
Then a cop today was saying that he believes COVID death numbers “shouldn’t include anyone over 65 because they’re already dying.” Which is how he justifies that he really only believes there have been 54,000 deaths. Which, he adamantly and proudly states, “Is nowhere NEAR enough to justify ANY of this pandemic paranoia ruining everything.”

NOT exploding on him was tough. I couldn’t quite do it successfully. I had to inform him that my brother, who attended the University of Georgia Medical School, is very worried about this virus especially because we don’t know what the long term health repercussions might be. Of course… that didn’t mean shit to him but. GR. I just… I had to say something. THE FUCK IS IT with these cops and thinking COVID ain’t no thang?!? My best guess? The “defund the police” rhetoric from liberal sources have pushed (if they weren’t already there) these guys into full-on Fox News watching MAGA hat wearing Alt Right Conservatives; which means “Trump didn’t fuck up. The Chinese Virus isn’t even that big a deal” becomes a dangerous ear worm for them.

OOF! AND....
So the State Training School Issue! Still, constantly, massive issue. “Why can’t we beat the shit out of these kids?” Because we lost a $5 million lawsuit saying stop it. “But these kids are beating the shit out of our staff, and our staff is quitting!” I understand. What do you want us to do? “FIX IT! Or we won’t have staff!!” Okay… here’s the governor’s phone number. See if you have any more luck than we have! Cuz here’s the thing, really: THE SYSTEM IS BROKEN in this regard (in this regard especially!) And I can only do what that system allows me to. So, sure. When a 16 year old breaks your staff’s nose… I’ll charge him with a crime. He’ll go to jail. He bonds out. He goes RIGHT BACK TO THE STS. It sounds stupid because it IS stupid. But that’s what the law presently requires.

I will now leave you with the most important thing I keep thinking of today when people claim “Black man got shot because he did a crime!”

wow, over 65 is already dying now? I surely hope they lower the retirement age then LOL

Congrats on progessing in such a positive way with Victoria.

Woo hoo on your night with Victoria!