I don't understand Murica. in The Napkin.


Even before lgbtqiabbqafkc++ became a thing, gender reveal parties were weird. Sure, now it’s the “YOU’RE IMPOSING GENDER ROLES BEFORE THE KID IS BORN”. Which is all philosophical, and heady, despite being quite real.

But I feel like the HEY, WANNA KNOW IF MY INFANT WILL HAVE A PENIS AND TESTICLES, OR A CLITORIS AND LABIA? is still probably more likely to make people realize how ridiculous the entire thing is. 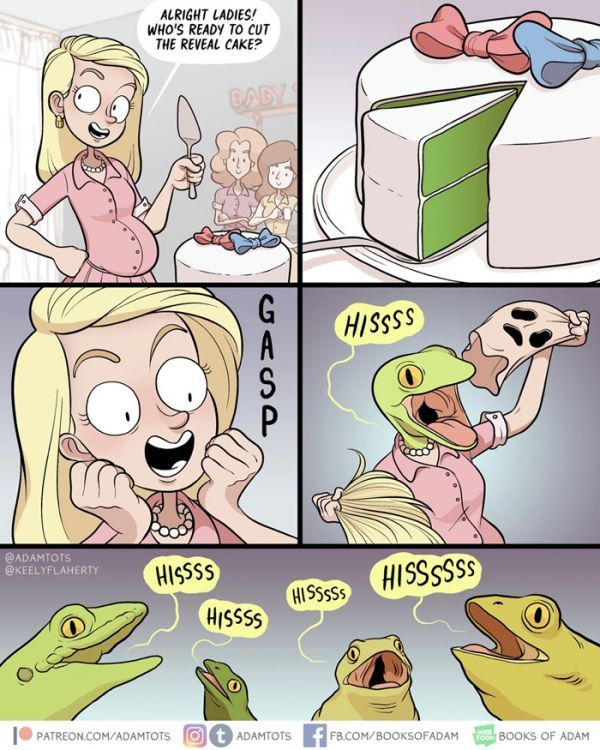 People are weird and getting weirder. I try to avoid them. ;-)

In China, males are prized and they have screwed themselves in that way with having lack of marriageable reproductively viable females to make more babies. That one child thing screwed them. Used to be high child mortality rates and damn glad ANY kids lived so they had big families hoping some would live. The gender reveal thing is insanity. You have a CHILD of one or the other sex. LOVE THAT CHILD. Now a big family means you put yourself into poverty. Unless rich.

That "one child" thing was good in theory, but they did indeed shoot themselves in the foot. I've heard how infant girls are not valued and, well. infanticide. So there's a surplus of single guys. As well, I believe there's a weird thing where there's a society without siblings.

Less infanticide now. Yes, you have many spoiled brats with the one child thing. They tend to be very racist in their own ways and so bringing in foreigners is not a thing. Same with the Japanese.

And there's also gender reveal powder you put under your car or truck tires for a pink or blue burnout...from Etsy.
I'm moving to Kronos.
https://tinyurl.com/mw7bp2jd

Southerners are so obsessed with gender.