I was going to write on female vs male friendships, but I feel that entry is still percolating in my brainz.

No secret most of my friends are girls/females/women/whatever.

I have long since reflected that I do, indeed, keep three males friends. Just a touch of fate that the number is prime.

Thinking just now, if there is anything they have in common: Quiet and introverted.

Mike: Met him when I was ‘Belling. I noticed a lot of coworkers found him off-putting. Not me. I liked his weird. He would quietly parrot a lot of my puns. I sometimes wonder if he’s on the autism scale. Would explain why we are able to share some really meta memes and just… get it.

Gordon: Met him at CCM during gaming club. (board games, card games, etc) One of the sweetest guys you’ll ever meet. When he got married, I playfully threatened his wife - told her to be good to him. Vouched for his character.

Airk: Longtime readers should know him well. Most unemotional person I have ever met. Intentional or not, it’s there. I met him Senior year in high school - he was a Sophomore. He made up part of the Quartet - Me, Cliff, Airk, and Dan.

No idea if he still keeps a sword collection. (No exaggeration.) His digital imprint is even less than mine. Sleuths, don’t even bother trying to find him.

And the fun thing: None of them have met each other. Bet it would be an awesome D&D campaign if we got together. I could constantly put a white bunny in their path and see their reaction. (Monty Python & the Holy Grail <3 ) 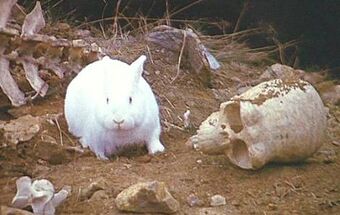 Traditionally, all my friends have been male.

My close female friends over the years are too numerous to annotate quickly.

I think I have a pretty equal mix of close male & female friends.

My friends are all androids.
Not a human in the lot. :-)

I tend to get along with males then females...females seem to have way too much baggage for me to deal with...their parents, their siblings their ex's. Just for the record I am female so go figure how guys have more in common with me then the females....