Updates: lots of them in Site Updates

I wanted to bring you all in the loop on everything that’s been going on – it’s a lot!

Mochi and I have been traveling for my dayjob for most of the past month, and he’s been the perfect little travel bear: 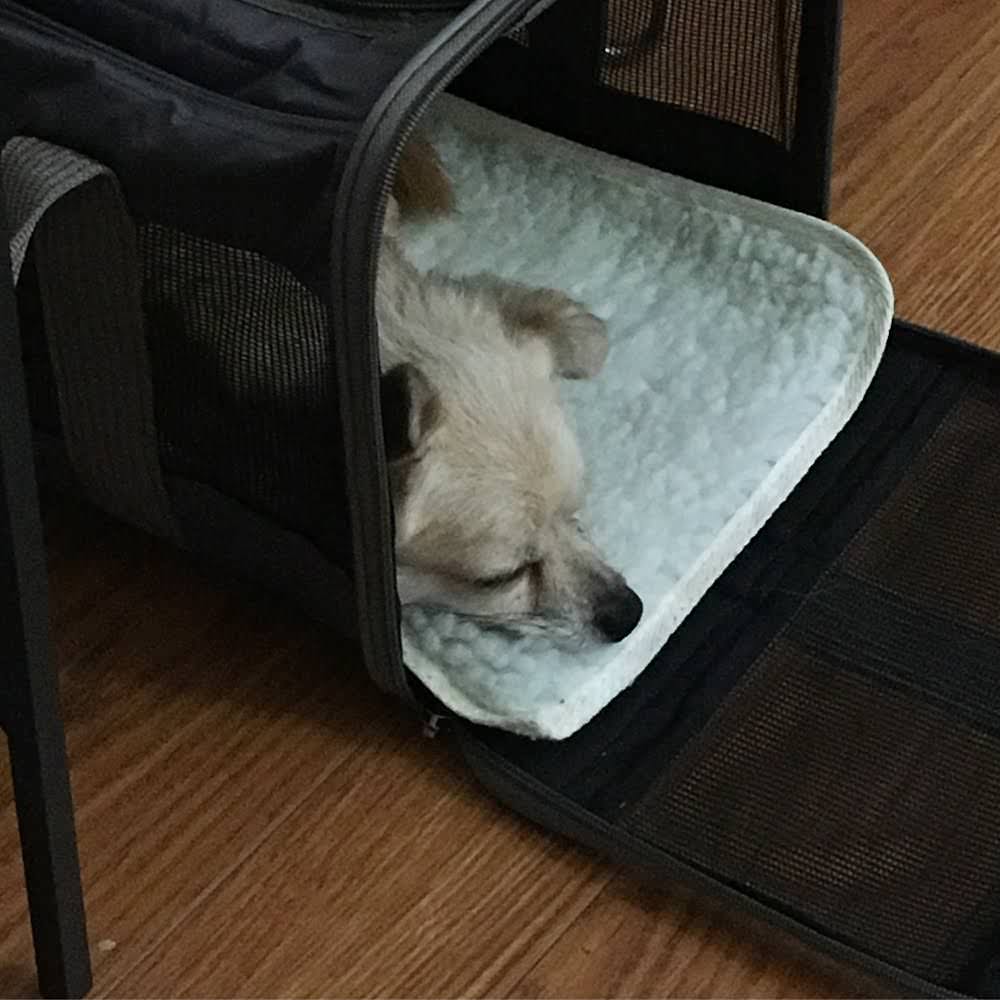 Now that things have calmed down a bit, I’m hoping to post shorter and more frequent updates to better communicate progress with the site.

Let’s start with some background
Before I dig in, I think it would be helpful to talk a bit about what’s been going on with the site over the last six months or so.

I don’t want to get too technical, so we’ll use this graph as a visual aid: 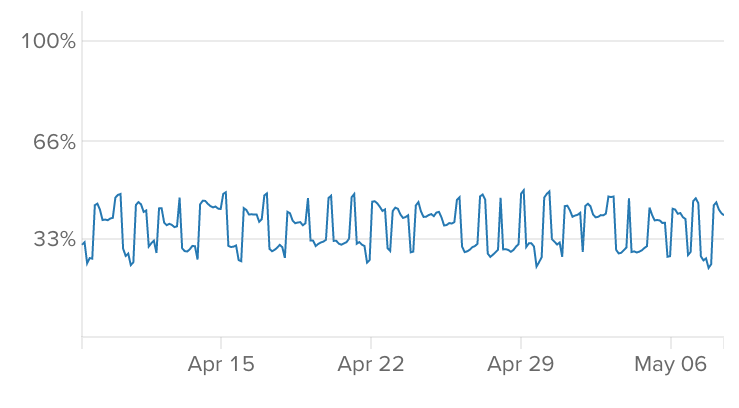 This is a graph of the memory usage of the site over the last 30 days. The higher bits are when more memory is being used, which usually equals the site running more slowly. Every time you see the graph dip a bit, that’s me manually restarting the site to avoid a crash. The crashes start happening without fail after about 3-4 days, and the site stays super slow at all times. I’ve written a script that has the server automatically restart every day at 2am PST. This is not a great fix, but it’s working as a duct tape-y band-aid for now.

Why is this happening?
That’s a great question! Through our detective work and SM’s detailed background info, we’ve all agreed that the likely culprit is the age of the underlying engine that powers PB. Think of it like the difference between the engine in a car built in 2000 and a car built today. There have been tremendous strides in efficiency over the years, and while the old car might still function, the newer model is much more efficient.

Okay, you think you’ve figured it out. Why haven’t you fixed it yet?
As I touched on in a previous post, PB is a completely custom creation. The way sites like PB are built today relies a lot on what are called software packages. Those are libraries of code that do a particular thing very well. The advantage of using these is that you don’t have to reinvent the wheel when building, say, login functionality. The flip side is that when these become out of date, you never quite know what’s going to break elsewhere on the site when you update them. A lot could go wrong if we just flip the switch and bring everything up to date.

Slow and steady is going to win the race here, but it’s going to be vastly easier to keep up with any updates once we have a solid foundation to work from. I’m confident that at the end of these fixes we’ll have with a fast, stable PB that will be solid for years to come.

So, when are you getting started?
Well, that’s the rub. The more that Lt Dan dug into the architecture, the more he realized that his skillset isn’t the best fit for this very necessary work. He feels that while he could take the time to figure out the skills needed to upgrade and fix the server, the site would be better served if I use any resources I’m able to marshal to contract with an expert. I agree, and right now I’m exploring alternatives for the server work.

I’ve reached out to a former colleague with expertise in this area, and he seems interested. Nothing is formalized yet, but it’s looking positive. That said, if you or someone you know has skills in this area (DevOps), let’s chat. I’m always available at admin@prosebox.net

Experts cost money, how are you going to pay for this?
I’m still feeling out what that would look like, but once the scale of the work is nailed down and I get an estimate, I think a very focused and transparent site-wide fundraiser could make sense. Anything that might come in over the total amount that we need would be stored for future emergencies. Then, after we have the initial updates taken care of, we’ll start to have the conversation about paid subscriptions and extra features.

How does that feel to all of you? If there’s anything you think I’m missing, I’m very open to suggestions. 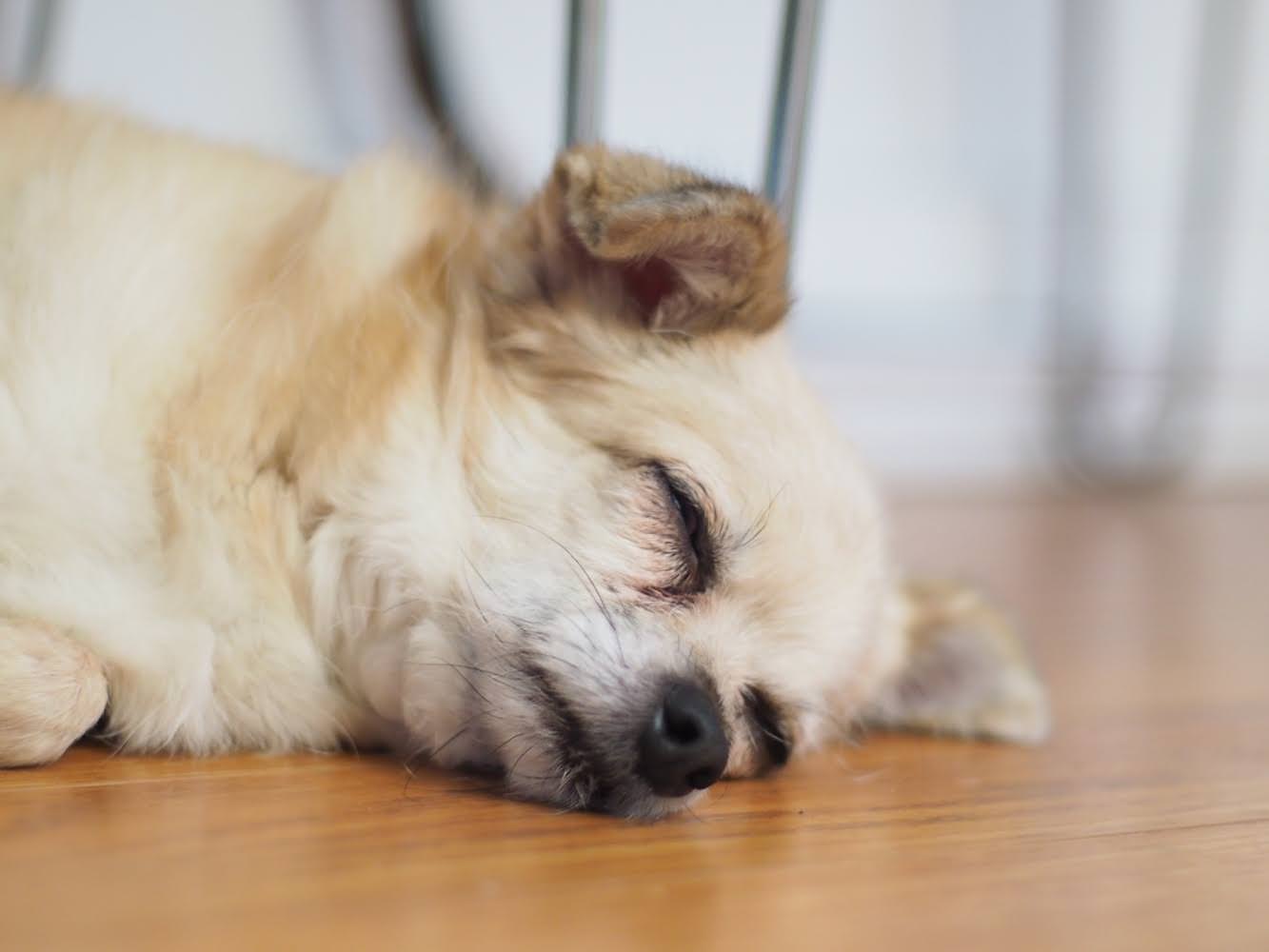 It sounds very fair and like a lot of work.
Thanks for the update, and I'll be supporting the fundraiser for sure! :)

Interesting. That graph hints at a periodic sinusoidal function which would imply that memory loading (or allocation) is happening at a more or less constant rate, exclusive of user load. Why isn't memory returned to the pool unless you restart?

It's all Greek to me but you can count on my donation when the time comes! :)

Happy to donate to a fundraiser - that seems a fair way of doing it!

I would make a donation to keep the site going.

What about Patreon for donations?

Specialized dev skills typically do cost money, which is completely fair. (My momma always told me that a good developer doesn't give it away for free baby!) So instituting a site-wide fundraiser sounds fair to me.

Thanks for the update and for the transparency around what's going on. It helps tremendously.

Happy to donate, just say when.

LOOK AT MOCHI'S SNUGGLY SMUSHY FACE! I LOVE HIM!

Big thanks for the roadmap you've set out, too! Will help however I can!

I am down with donating and/or paying for a subscription all good.

Thank you for the explanation, and for making it intelligible to non computer people (Like me). I'd donate to support the site.I
Nougat sends Mochi happy woofs

Awesome. We all knew there was going to be a major rework no matter what. I think a fundraiser is a great idea. Thanks a TON for this update!

Without reading any other comments, it probably is time we paid. Just a little, for cases just such as this. I'm for it.

I will contribute. I also support a paid option for the site.

Thanks for the update and all the hard work! Will be happy to donate.

Thank you for the update. I'm very agreeable to making an emergency donation and paid subscriptions.

I'd be willing to contribute to a fundraiser. And the dog is adorable. :)

I’m glad you’re considering a fundraiser first before paid memberships. If only because it seems the fastest way to get the ball rolling. I hope you’ll reach the it to the community via email when it starts. I don’t login as often as I’d like and I would hate to miss an opportunity to contribute.

I would prefer fundraisers to having to have paid memberships as I can often support here and there as opposed to having to pay a monthly or even larger one year fee.

thank you for the update and your hard work and time, I would contribute too,

I’m broke AF but I would still find a way to donate to this place. Like, I’ll hit up my mom for cash like a 13 year old going to the mall for some Hot Topic time.

I snort laughed and it HURT. I blame you.

I appreciate your update. And I definitely appreciate that you're not just going to the assumed "Hey now you have to pay for PB" thing as the go-to. I'd definitely donate because I want this site to stick around and then when it's working well, I'd definitely become a paid subscriber. Hope you and Mochi enjoy the rest of your travels and make it home safely :)

finalllly someone that will take our money! yes!

I will certainly donate some Prosebux.

As a devOps person, if I had the cycles to spare I would totally help with this. Happy to donate to fundraising efforts.

Seems ok with Mochi so it's ok with me!😁
Very much appreciate the update and clear explanation and happy to contribute to the fundraiser when it comes into operation😊

Yup, I'd happily throw in some money. I've been using the site for free for years now!!

All in. Thanks J and Mochi.

Another happy to donate here.

Awesome site update! Thank you for your transparency and your clear descriptions. You have my absolute support (though I know nothing about Computers)!

Please try and find a way to do the fundraising so ALL the money goes to upkeep, instead of a place that keeps a percentage <3

I've been using this site for free pretty much every day since its creation. It'd be ridiculous for me to continue paying for Netflix, but then be like "NO I WILL NOT DONATE TO HELP KEEP PROSEBOX ALIVE, HOW ABSURD."

My point is, I'm sure you have the support you need for a fundraiser. Thanks for all your hard work!

You literally have someone on the PB Slack channel who works in DevOps at Microsoft! How perfect is that!

Yeah, I just saw that! Exciting!!

Yeah, I just saw that! Exciting!!

I will donate or subscribe . Thanks for taking us on .

Did I miss something? Everyone is talking about donating like it's common sense, almost like someone suggested otherwise. In either case I'll definitely donate. Appreciate the time and care you are giving this.

That graph looks like my heart rate lately, lol

Thank you for taking us on.

Your plan seems like a solid one. Please let us know when we can give you money.

I was understanding everything and then I was hypnotized by the graph which looks like a saucy strumpet going up and down a whole lot.

I'd be more than happy to donate toward keeping my favorite website oiled up and sexy.

OH, yeah. What sort of skill set are you looking for? My husband is a DevOp for Oracle. I could ask him if he'd be interested. :)

So there's this guy Bruce...

Happy to contribute :) Thanks for all your work to keep this place alive :)