Wherein I gush about this house we bought. I'm pretty sure it qualifies as a "unicorn". Lots of pictures. in The Big, Blue House, year one.


Excerpt from a Facebook conversation. I don’t know if he was serious or not. Either way, there’s no way we could find another house this nice for less than $65k, even in the Rust Belt. 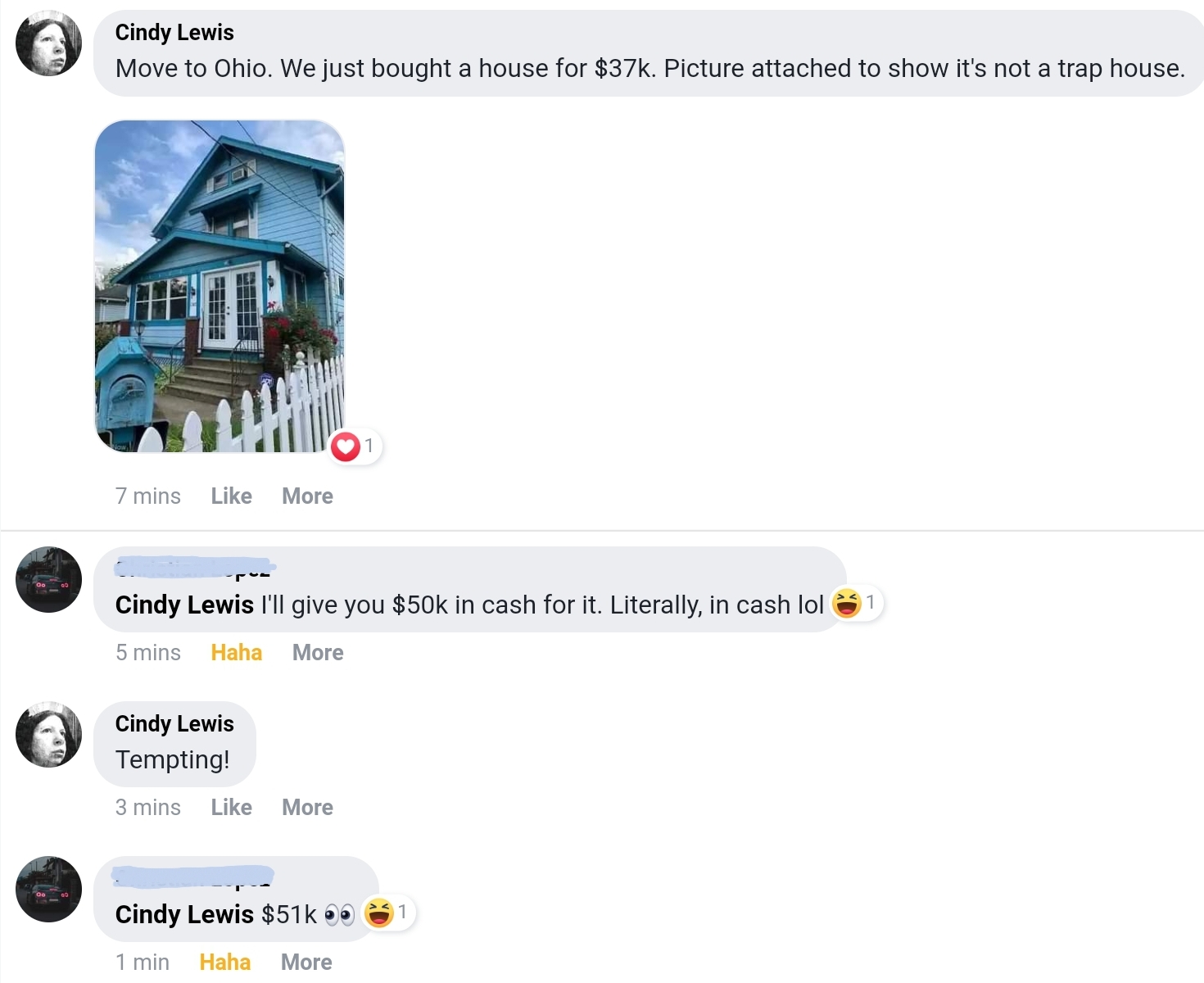 The text we got from our agent when she went to get pictures. 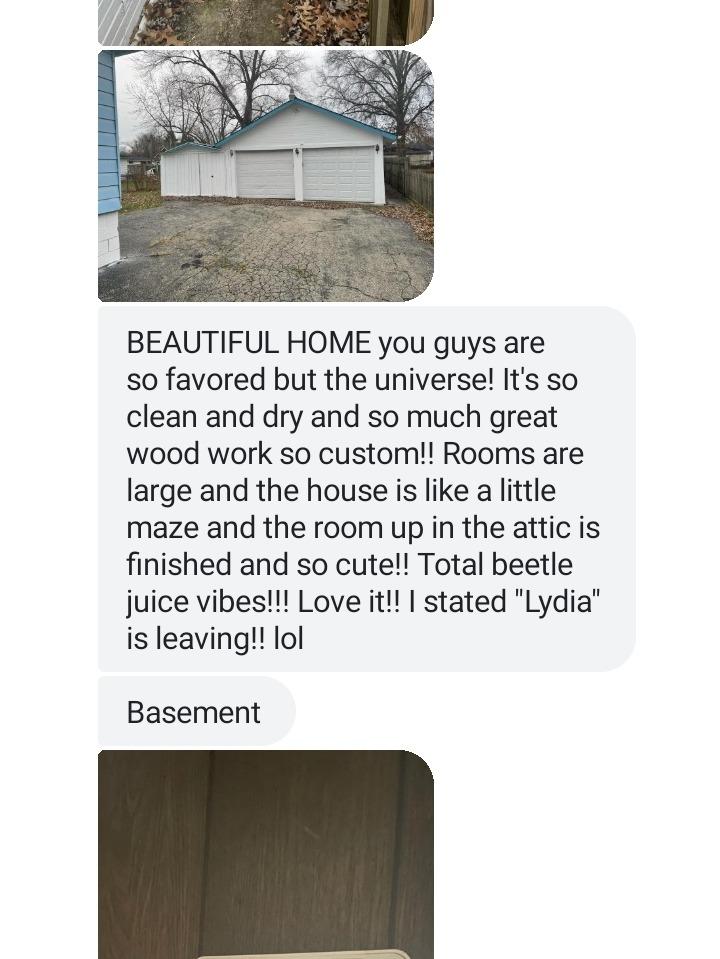 Some of these are tiny because our agent took them. No idea why her images are so small. This in the interior of the front porch, before we added anything. That goose is coming down, and I’m going to try to repaint it into a dragon. 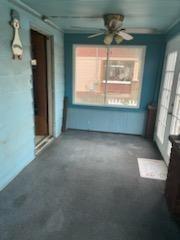 The living room as it was before we got here. 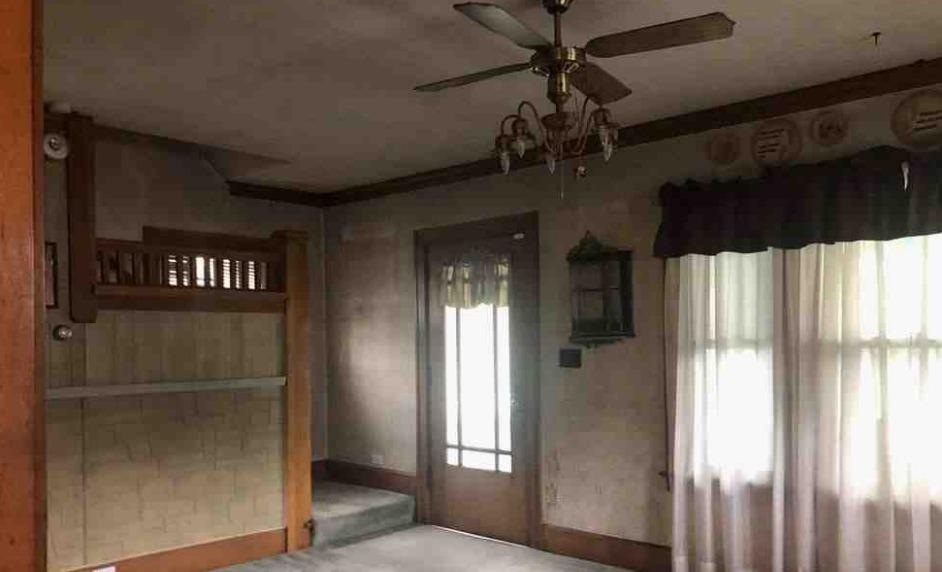 The living room a month after we moved in. It’s still a work in progress. Don hasn’t decided on the wallpaper. He gets to do half of the rooms, I get the other half. 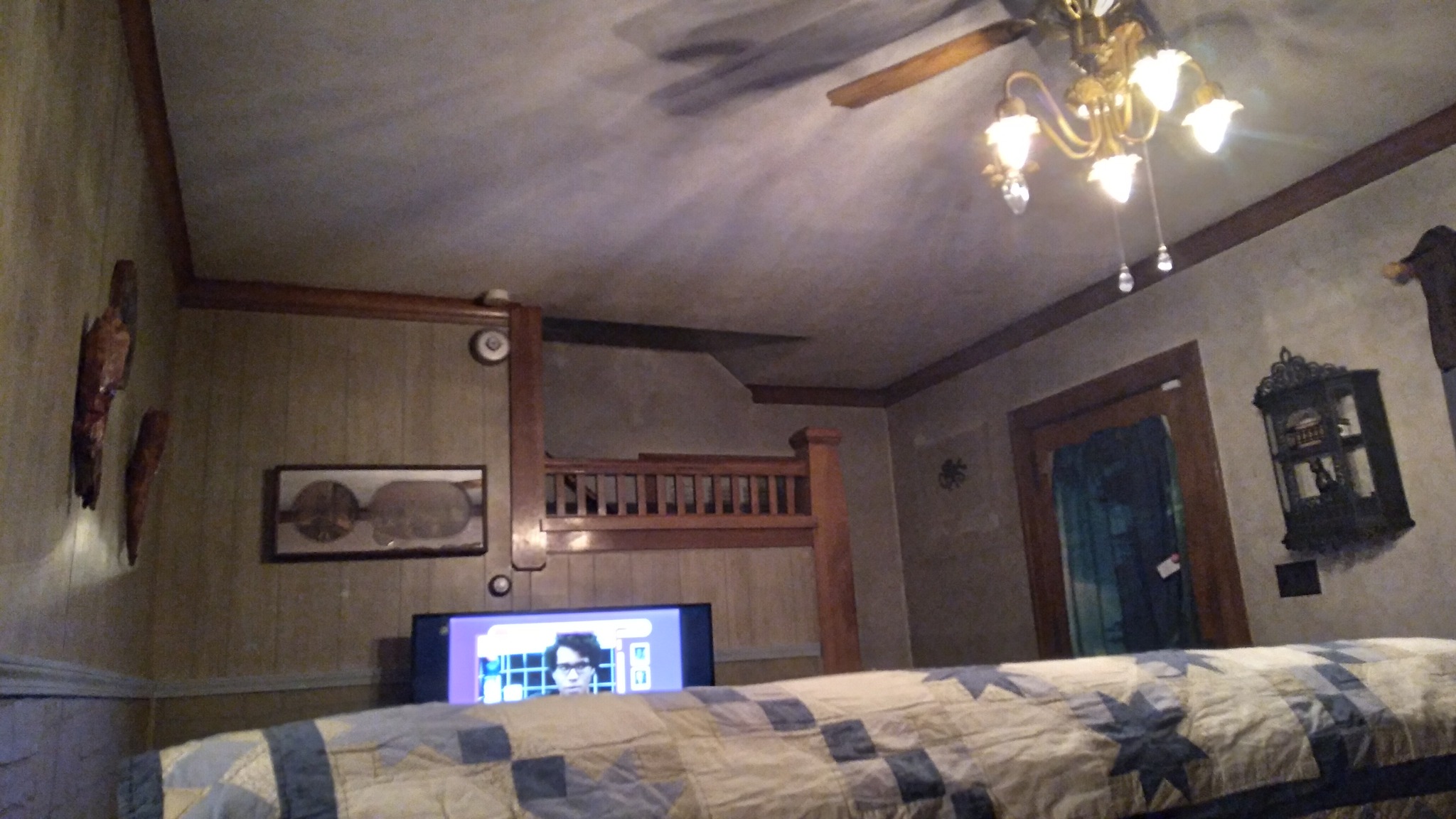 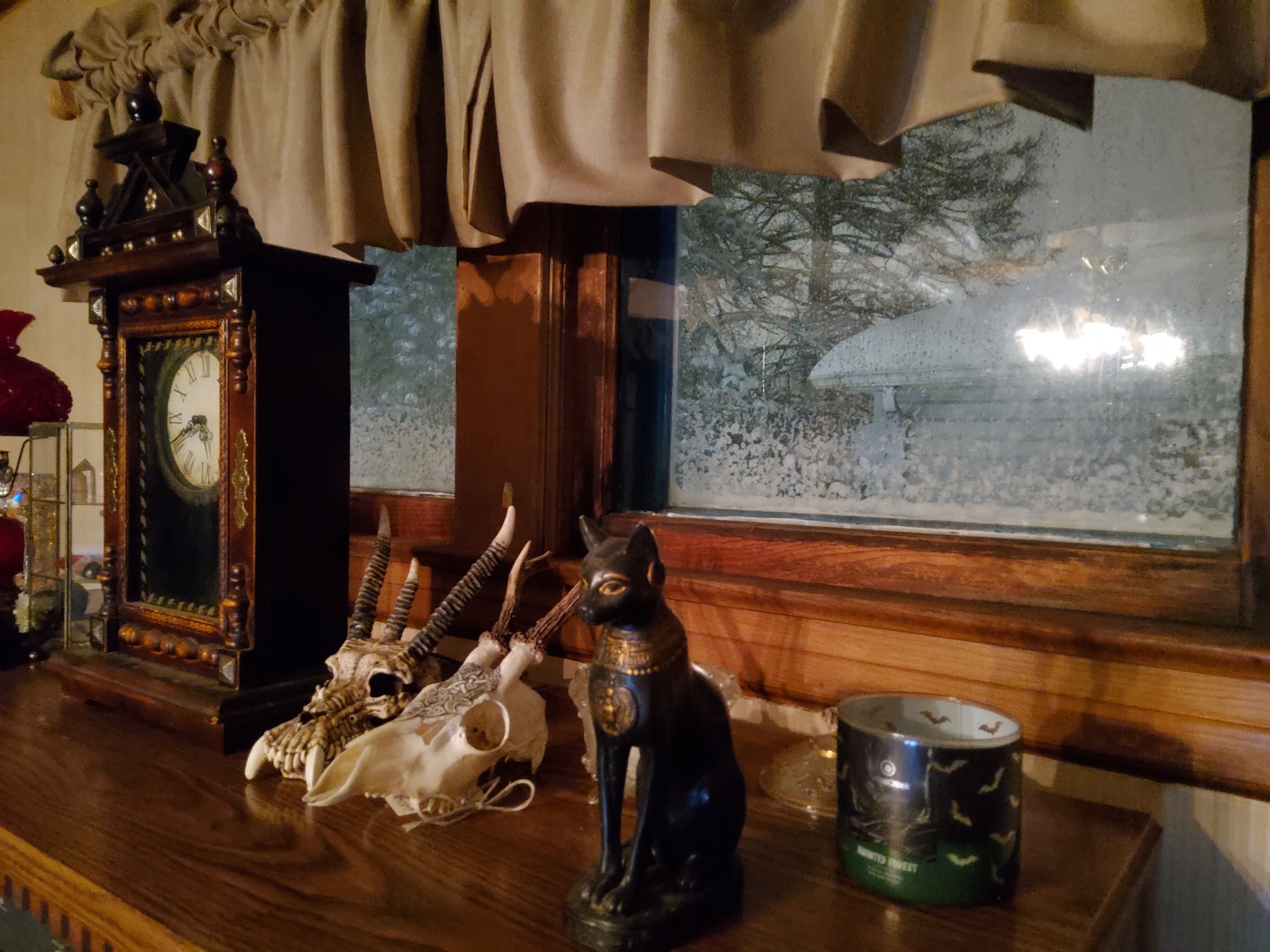 From the dining room. 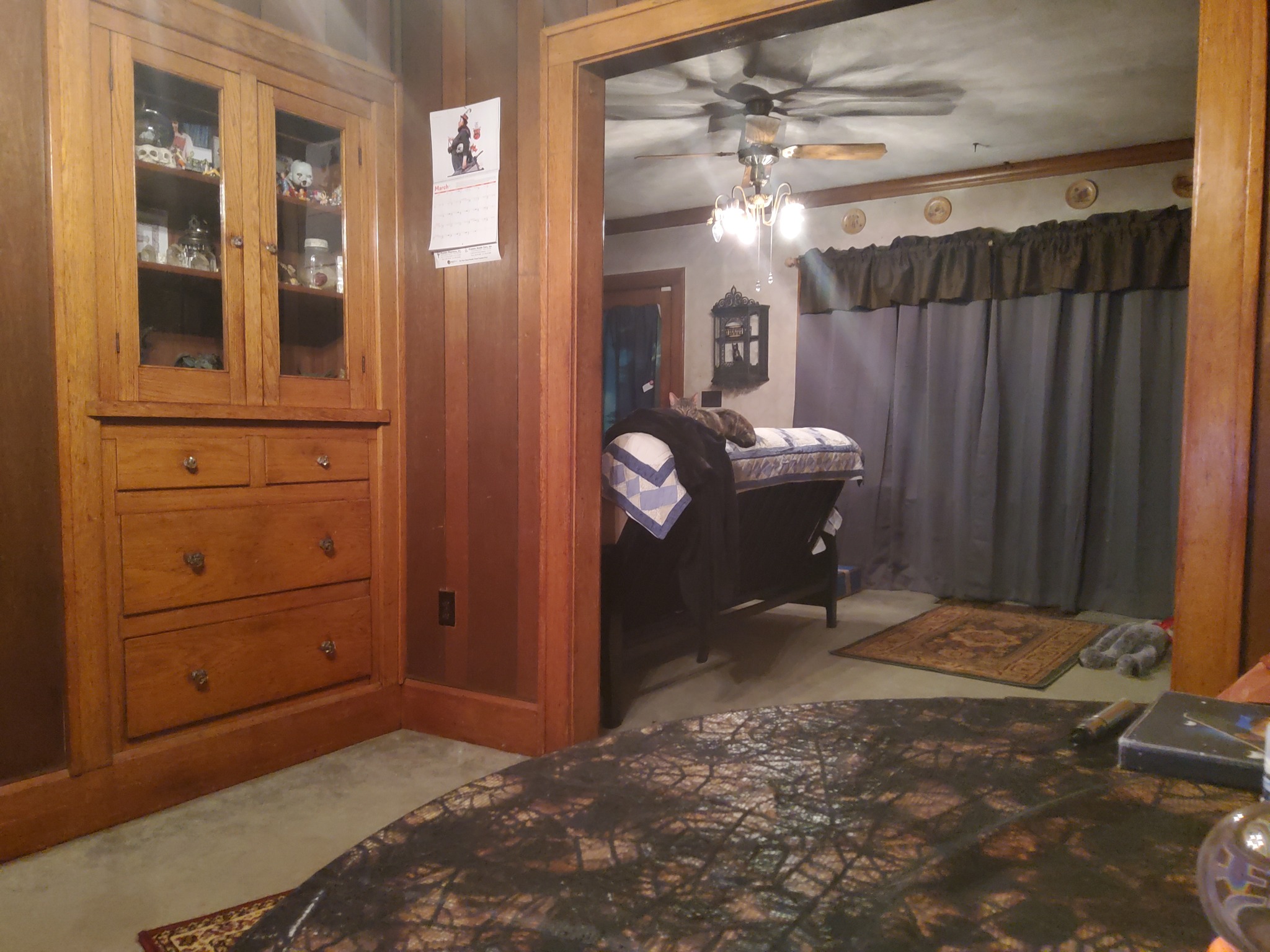 Felina The Floofle, in the window seat. There’s a table and some other furniture and things now. 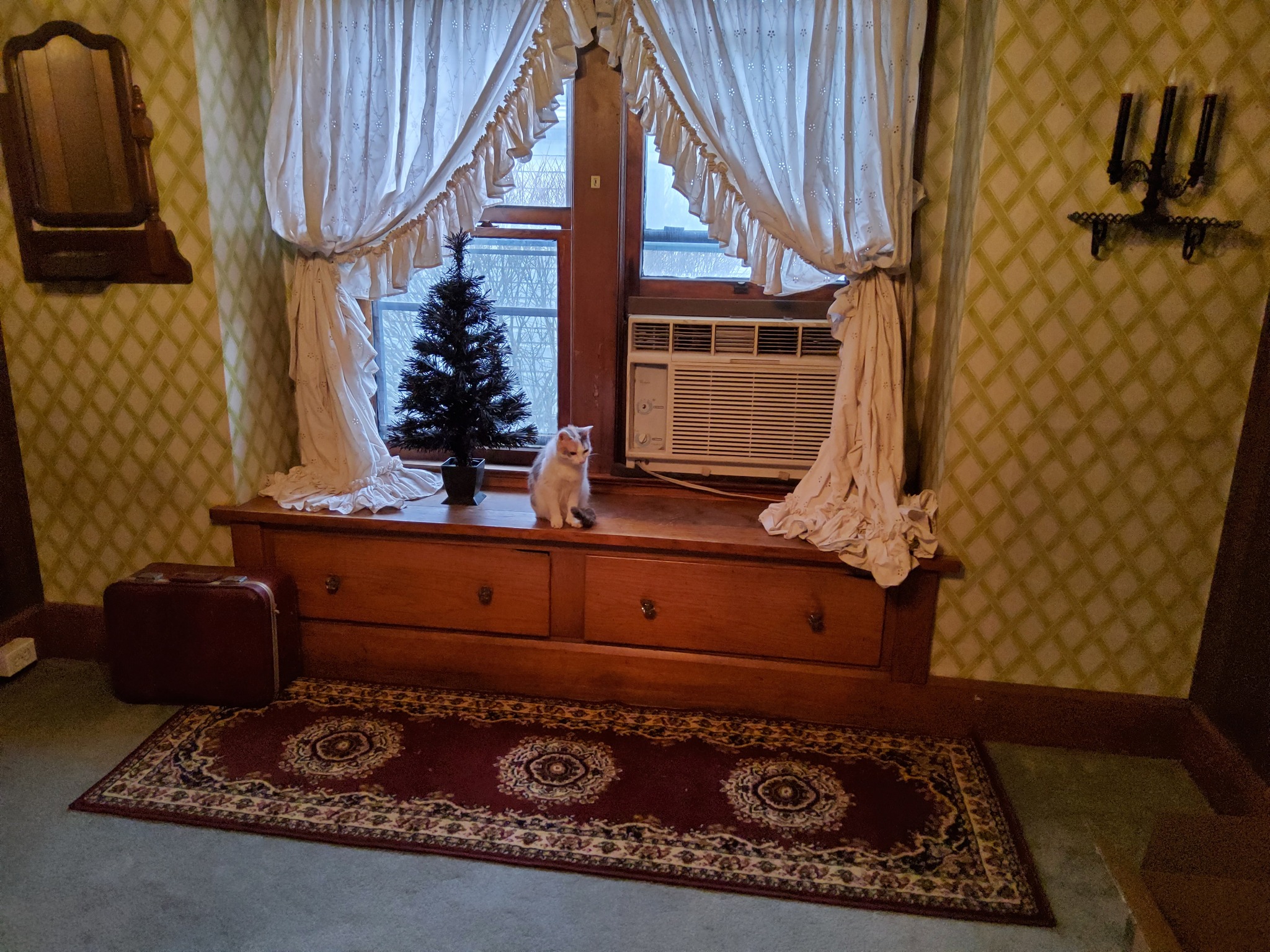 The original light fixtures from 1925, attached to ceiling fans. It looks a bit doofy, but I’m grateful that the previous owners found a way to keep them, and still have circulation. 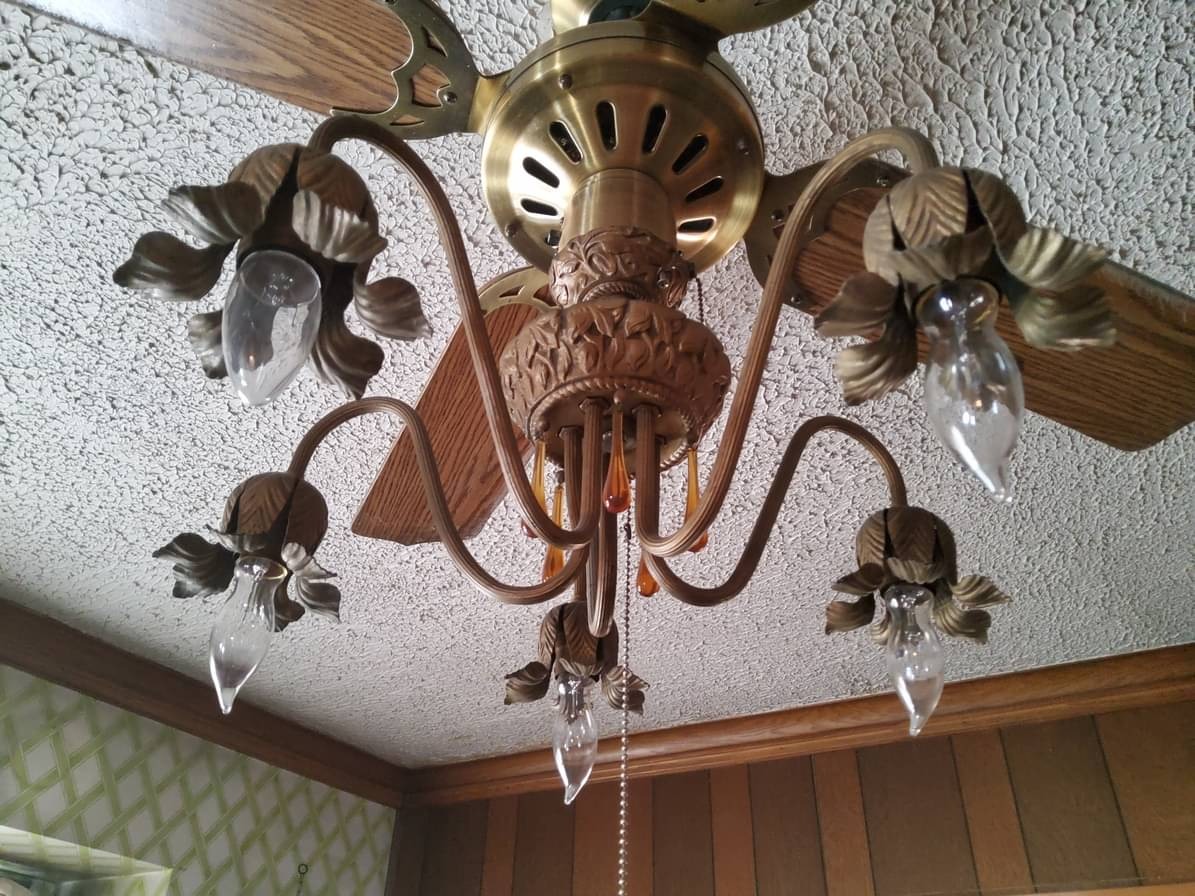 The kitchen before we got here. Note the ridiculous cupboards. The top shelf is unreachable without a stepstool. The ceiling is 8’ high, and they go all the way up. 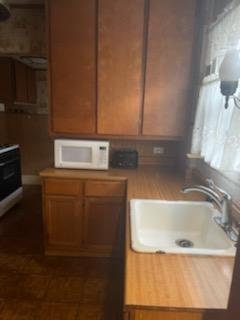 The kitchen, just a couple weeks ago. There are trivets on the wall now, and more gargoyles. 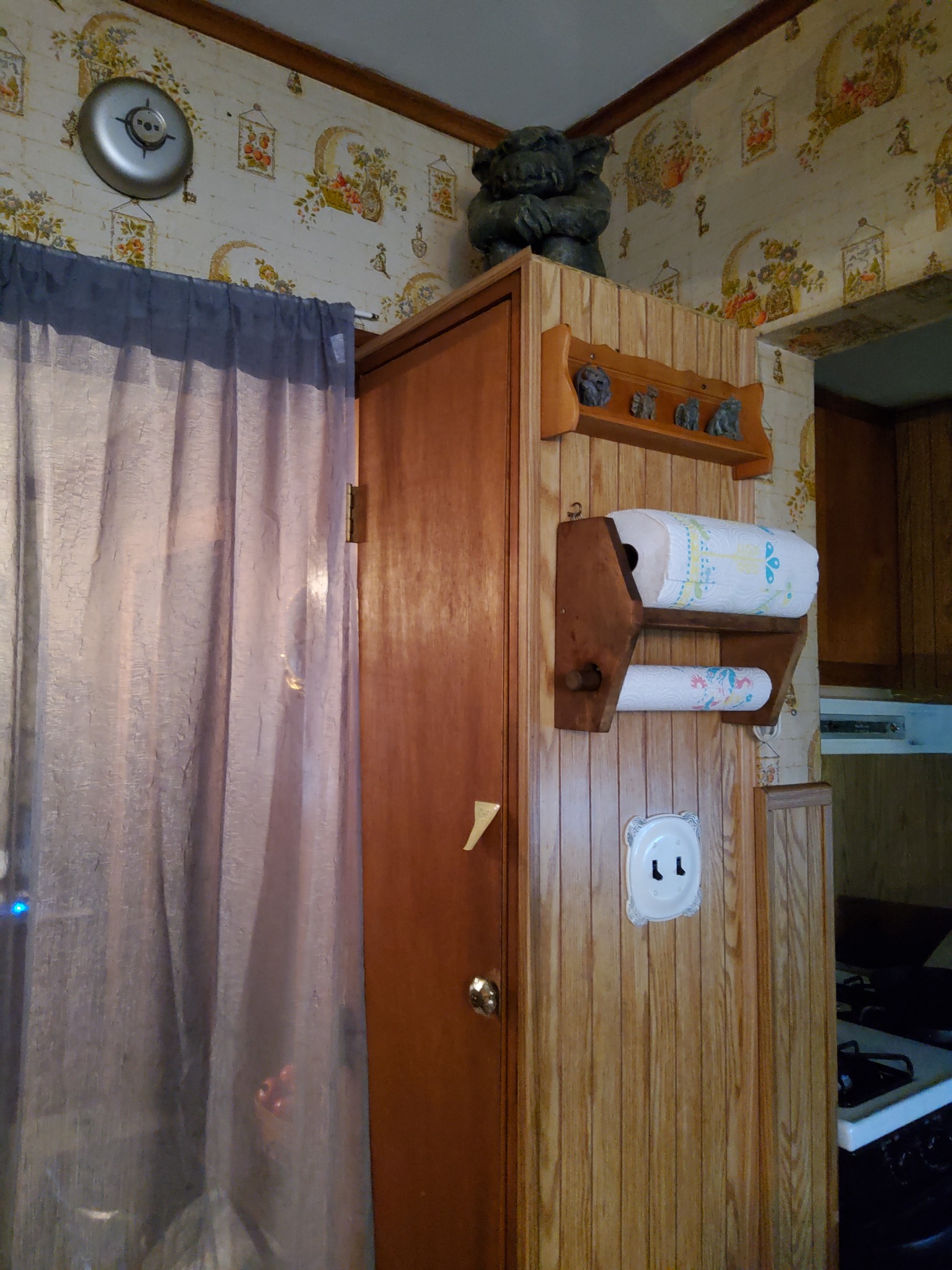 Alas, there are no pictures of the office/ground floor bedroom, the room behind the dining room. I apologize. There is however a picture of the attached bathroom:

The ground floor bathroom before we got here. 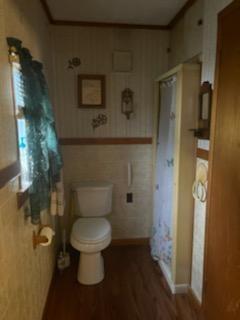 An antique fire alarm, (the round metal thing, there are several around the house), and: One of the old door bells. The oldest one we left as it was, with the round push button that triggers the stereotypical ‘bing-bong’ from the old box in the kitchen. This one, we took the button down to put up the button for ours, and put the old button in a box in the basement. But it STILL RINGS, usually late at night, for no apparent reason. YOU BETTER BET I’M KEEPING IT UP THERE. Ghosts are unlikely, but it’s cool as hell. 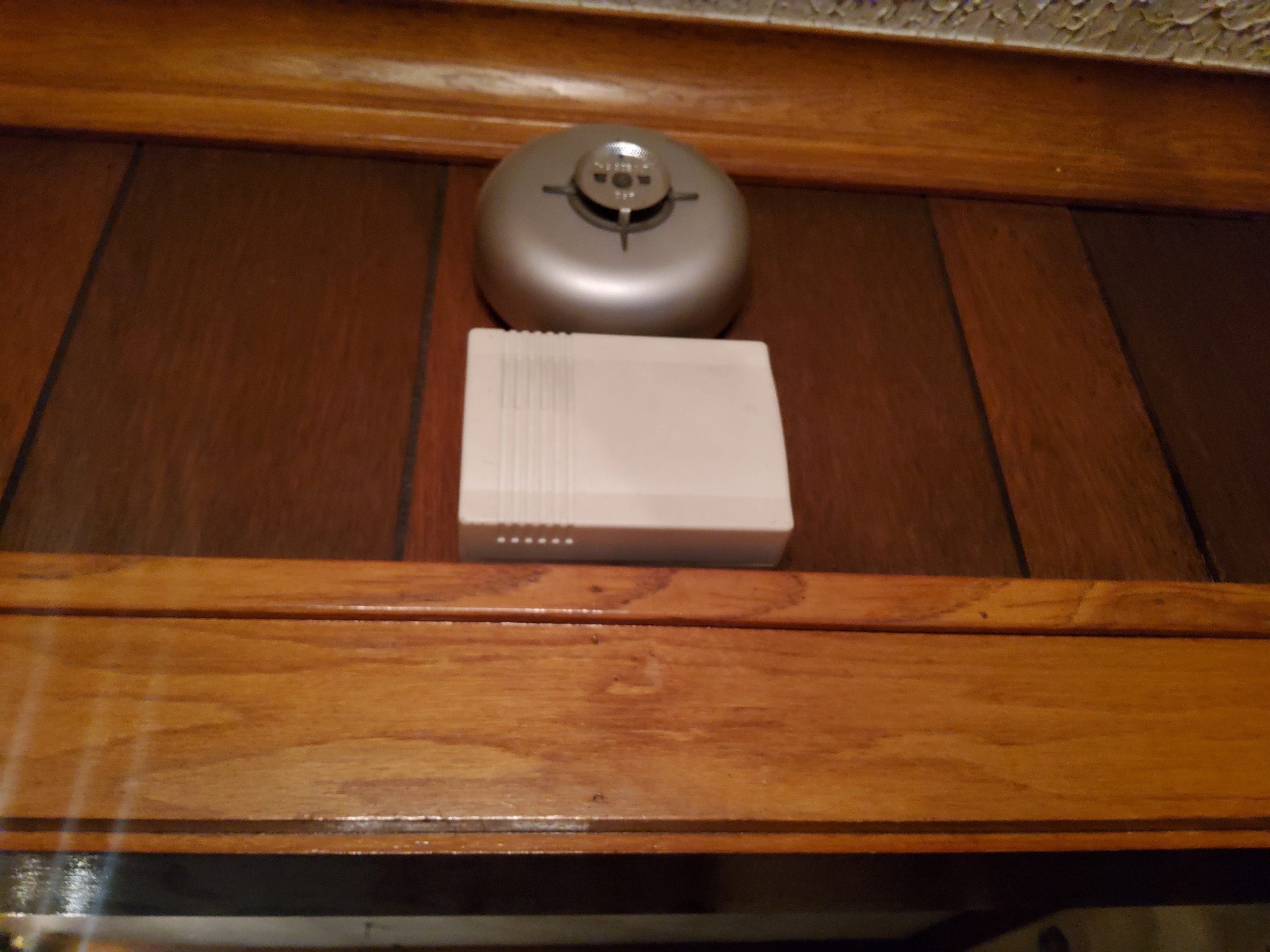 The master bedroom, upstairs, before we got here. There are two closets, and a massive antique dresser in poor shape. 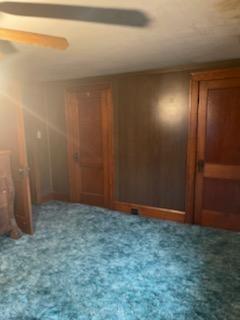 And at this point, Imgur won’t let me upload any more pictures. Maybe I’ve exceeded their hourly cap.

So, more pictures next time, I guess.

It’s a mediocre house by American standards. 2400 square feet. 13 rooms. 13 closets. 6 potential bedrooms, three bathrooms. A 2 car garage with an attached shed, and a smaller shed behind it. But it’s the biggest place I’ve ever lived in, and the previous owners had six kids here, and grandkids later on. Consequently every square foot has been converted to a bedroom, bathroom, or closet.

The attic room, where I’m setting up my Halloween village permanently, (Because Beetlejuice, of course), has five closets. The sides of the original attic are walled up in such a way that there are closets all the way down both sides, and one next to the chimney.

The basement is finished weirdly, with a big room on each end, a laundry room and a bathroom in between, and the massive old furnace in the middle.

These were ordinary people, finishing these rooms by themselves, and it shows. When I can upload more pictures, you’ll see.

This place is awesome to the point that it almost makes me think karma might have some merit, but no. We got here through the compassion of others, (because we were given that old house in a gang neighborhood, which allowed us to save a lot of money), and our own diligence. We camped at realtor.com, refreshed the search every fifteen minutes sometimes. We had our agent contacting their agent less than twenty minutes after this house was listed. We waited for months, for the best house possible for our budget. And it paid off.

There’s a hide-a-bed couch in the basement that’s so old the mattress cover fabric is almost rotten from age. It’s super comfy though. It must’ve been put there before the wall beside the stairs was put up, because it would be literally impossible to get it out of there. Presently that room belongs to Ginger, the formerly feral cat, that we brought with us from our old place. I couldn’t just leave her after feeding her for ages.

There’s a rain poncho in one of the basement closets with the name of a high school that was torn down. So that’s super neat.

So much history here! There are newspapers from the 50’s lining the old cabinet drawers!
Damn you, Imgur. I’ll upload pictures when I can.

I just love this place.

I like the house it is okay for it to be haunted by the original owners. So, long as everyone can live in peace it's good. I'd love a house as big as that with all it's old charm.

You're on the verge of buying property anyway. No creepy old houses on the market that look good in your area?