Journal entry thingie day 8 in The Awesome Chronicles of me.


Social) Media Monday - Do you have a favorite social media that you use?

I am so glad there are two prompts, some I really didnt care for, I dont mind this one.

I use facebook all the time. I know facebook can be a haven for disinformation and general moronocity, but I use facebook to keep in touch with friends, some i just met on there because I shared a bunch of cat pictures and such. And to be honest the only things I talk about on fb are sports related, cat related, game related, general snark, bad puns and normal Me related stuff. I occasionally poke the bear on local news sites, but I rarely dive into huge conversations (Although I did get into an argument about why Cerberus, the organization in mass effect is one of the worst organizations in all of fiction) (Kidnapping, drugging, killing people and children, Mass murder, enslavement, waging war crimes) no one should be on Cerberuses side, all my homies hate Cerberus.

I also use twitter, I like twitter, i stick to the same rules on there, i get most of my news and sports info from them, I follow various board game personalities, some funny people, two people who do great comics and art (the artist is CorndoggyLOL who does the most adorable and cute sports related art that can make anyone smile) and the comic is the draw play comic who makes hilarious comics, and is a long suffering NY Giants fan. He makes comic bets about teams if X team beats Y team he draws something. This is from the packers loss (BLAME SPECIAL TEAMS ON THIS LOSS) 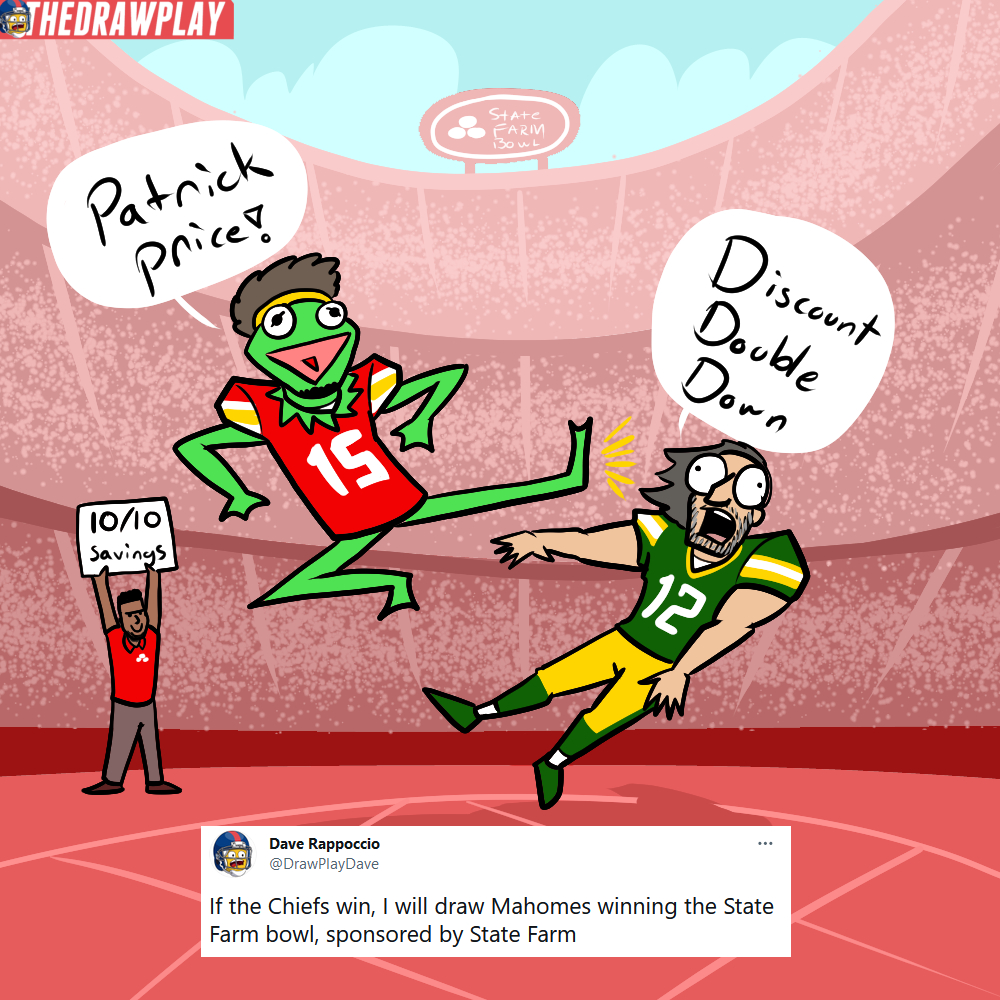 It was hilarious to watch him on twitter yesterday because while I won’t post it on here he said if the Jaguars beat the Bills yesterday he’d draw something crazy and a bit depraved, and his reaction was the best. He is a great comic and any football fan should follow him on twitter/facebook.

Does reddit count as social media? I frequent reddit on there too, Big subreddits I follow are (Surprise) Board games, the NFL, The packers, FFXIV, Mass effect and a Carp ton of cat and dog related ones. (one of my favorite animal related ones is oldmandog basically a bunch of senior pups, and there is a senior kitties one as well, which i’ve posted a couple pics of my old man cat Boots on)

Thats about it for the social medias.

Other things.
Holy carp i slept like a brick last night, i guess getting up at 840 am after 7 hours of bad sleep makes one tired. I am taking my great aunt to the doctors today for blood work. That poor woman. she’ll be 90, she’s going blind and has one arm basically (Every once in a while she has to get shots under her eye, which has to be painful, but it helps with the vision I guess, and they take an hour and a half to do I guess)

Welp. That is about all, see y’all tomorrow.

edit: If anyone wants to see that Jags comic ill post both the depraved ones tomorrow, they are hilarious (He did one when they beat Miami and i think its more hilarious/depraved than the one he posted yesterday)

I generally use Facebook, Twitter, and Instagram. Does Discord count as social media too? Those are really the only ones I use. Twitter kinda goes in spurts where I'll use it and then disappear off it for a while. I love following animal stuff on social media.

I follow a couple of ones on Facebook that are rescues/fosters/adopted dogs. One is They Call Me Champ and the other is Roo & Crew. All the puppers this couple either fosters or have adopted are special needs. It's awesome.

I also follow another rescuer/foster person on Instagram. Again all her animals are special needs. One of her dogs, Freddie Mercury (yes named after that Freddie) is so freaking adorable. Freddie has her own Instagram, ReadyFreddie. The rescue person's is deserveringdogs. Both are so great.

I wouldn't consider discord social media, its the evolution of IRC