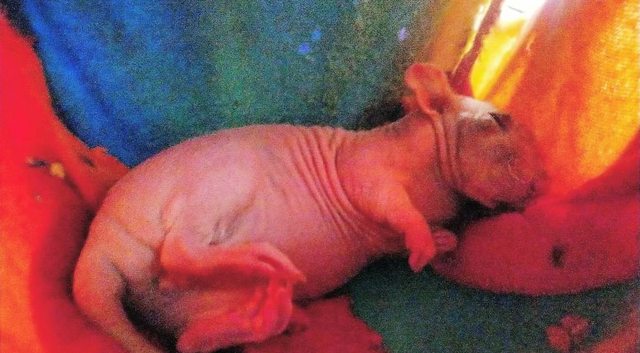 My Girl Harriett enjoying the new house I made them, which is now already in shreds LOL.

How is everyone doing today? Well I started this yesterday or a couple days ago and I just fucked off, as usual. HAH…

So whats been going on. Its been less time between entries, so not much to be honest. I’m sore as all get out today. My feet hurt so bad today because I spent the last couple days cleaning like crazy only for MIL to not end up having to come over. Which is actually fine, I needed to clean anyway. I’m just trying to get on top of everything that way I can rearrange my kitchen how I want it. haha.

I gotta clean the rattos cages today, it’s so damn hot. It’s 107 right now and it’s 11:11 am. feck. 114 is forecasted for today. We hit 115 a couple days ago. This is usually the worst of it as far as the temp goes, but in July and August when it’s 110 out and raining still....those are the days that suck big dick because we have evap coolers, and they don’t work.

I’m pretty sure I mention that every fucking year. One of these years, we will have central air and heating and won’t have to freeze our asses off in the winter and sweat them off in the summer. Why am I still fat???

Speaking of fat, here’s a size comparison for Rizzo. The left is from like October or so and the other one is from Friday LOL. 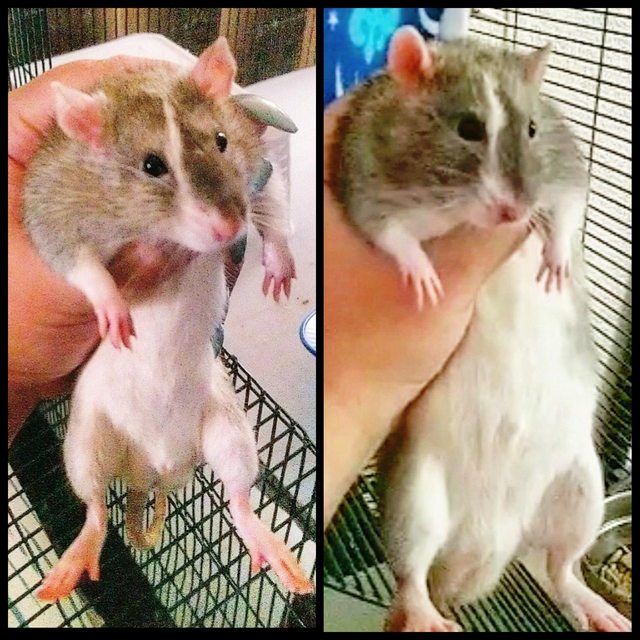 Anyway, hahaha. Ummm after my last entry, we went and got brakes for the car (we had bought them online, but ordered the wrong ones so we exchanged them in store) and then went to FIL’s to change them out, which worked out, because he had help and didn’t have to do it by himself.

I told him I’m ok with checking my oil, fluid, air pressure, changing a tire, etc. But when it comes to actually taking things apart and putting them back together, nah I’ll leave that up to him HA!

So did that and then came to the home. Friday we did some more cleaning. Started the main slog through everything. Got a lot done that day. Around 7 we ate some food (leftover pizza) and then showered and got ready because BIL was playing a show that night. Their band is called Fadeout i think. haha. But there were three bands that played that night, BIL’s band was the “headliner”. It was a little gay bar that they played at, out in the patio, which was pretty fun.

BIL is the drummer.

They finished about 11:45 and we hung out for a bit and then went and ate food and came home. We got home at like 1:30 which is the latest I’ve gotten home in AAAGGGEEESSS. Haha.

I was exhausted Saturday. We didn’t do a lot. Sunday kinda did a few more things around here. like a lot actually. Randy got the office sorted out and cleaned up, and it looks amazerings!

He had gotten a few items in from his amazon wishlist. One of his new clients and supporters bought him a ton of stuff off of his wishlist so he was super excited. He was filming a TikTok to say thank you and I came in here and he was crying! I was like omg are you ok, what happened??? And he was just like These are happy tears!! So that was awesome. He’s SO FUCKING EXCITED that people are finally noticing him and his talent, so he should be busy through august.

The first commission he got was for about $500 (miniatures from a game called Malifaux). The 2nd one he just got that he will start on once he’s done with the first is a bunch of Mini’s from Warhammer. Some Necrons (Doomstalkers, Spyders, Doom Scythe, etc). Then he will be getting some conversion bits to change some Immortals and then in the end he is going to be getting a titan.

The supporter/client for the 2nd commission got him a new brush set, a webcam, a new light with a magnifying glass and the most exciting part of it, an airbrush kit. So he’s got an airbrush now that he has been playing with. He already painted a test model to check color scheme for the client (who lives in Canada).

He’s been buying the product from our local game store, instead of the client buying it and having it shipped, it just makes the flow of progress so much smoother. So the first client sent him the money to buy the products for him to paint and then is giving him the money on top of that. He’s also already tipped him once.

The 2nd commission for him is pretty huge, especially considering it’s a titan. I think it’s that one. The client purchased the STL file for it to be 3D printed, so Randy’s already got that contracted through one of his other connections from TikTok who does 3D printing, Goblin Alchemist. So there’s so many different networking things going on here, it’s pretty awesome.

Anyway, so that one, with all the minis (you can see what scale those are in the titan pic also) and the titan he told the client $1100 and he accepted, so that is amaaaaazing. He should have the first one done by the end of this month, and then he can take like a week off to celebrate his birthday and then he’ll get started on the 2nd one.

Hopefully in August, he’ll get another one, or these people will continue to send him work.

Anywho, so I also saw my Rheumatologist on Tuesday. At 8 in the freaking morning. lol. Kinda my choice, but not, because I had forgotten to make an appointment after my one in March, so I had to do a fly by the seat of my pants situation to get in for bloodwork and the appointment. First time in person since January of 2020. I’ve lost 32lbs according to them since then lol.

Dr. Gus called me “boring” because my inflammation, liver and kidney numbers are normal haha. We also discussed something that I figured out a while ago on my own. When he first saw me, he immediately recognized the hypermobility problem with all my joints. Throughout my life my skin has been stretchy and I have those old lady “wings” on my arms. Just how my arms have always been.

I bruise extremely easy, and while a lot of that is because of the RA itself and the medications I take, he confirmed that most of it is most likely due to Ehlers Danlos Syndrome. That in and of itself changes absolutely nothing about my course of treatment, because as he said, we seem to have found the magic combination of medications that are keeping my immune system from killing me, either by shutting down my organs or making me fracture a hip.

He just said that all that really means is that my tissue is weak. I told him there’s days where I feel “stretchy” for lack of a better term. And the bruising. He said that if the bruising becomes more constant we’ll have to check for antiphospholipid syndrome, which I told him they already had checked, in 2018 after I miscarried, and it was negative then. He mentioned that it’s still possible that it may show up and that’ll cause weakening of the artery/vein walls and could lead to clots, dvt or stroke.

Soooo yeah, he just basically said, you’re doing good, lets keep this up for as long as your system will allow it. I usually go back every 10 weeks, but he pushed it out another 2 weeks to 3 months this time, so that is a plus.

Randy was supposed to see the opthamologist again so he could get his eye lasered to relieve some of the pressure. He’s been diagnosed with pre-glaucoma, so they need to get those pressures down.

We forgot about the appointment until about 3, when I remembered he was supposed to have an appointment, but we couldn’t remember, so he called and yeah it was at 2:30, so he sees the dr next Friday lol. he’ll also get his prescription so he can finally order glasses. it’s been like 3 months since he’s worn glasses. blargh.

So apparently MIL isn’t coming out today either. They lost power at their complex yesterday and she was freaking out. Apparently she ended up over at BIL’s so yeah, who knows. They are supposed to be like paving or doing something to the parking lot at her complex and she doesn’t want to be there because they can’t leave, yada yada yada, but they keep giving her a different day that they’re going to do it. It was Monday, then Thursday (today) and now she doesn’t know. haha.

But yeah she went to BIL’s because they power was out and it was hot. I mean i definitely don’t blame her. It was like 114 yesterday.

She bought a new comforter and sheet set for the spare bedroom that my dad always sleeps in. She wanted to get it because we thought he was going to be staying a lot longer, but yeah, she bought it anyway. We had to go down to JCPenney the other day to pick it up. It’s really nice. With a mattress topper and everything. We tried rearranging the bedroom last night but there’s not really a way to do that room any other configuration, like ours. UGGHHH I Hate that!

If we knock down our closets , then we could move the bed around and stuff, but yeah that’s not gonna happen lol. Especially since we have a King. Hrrrmmmssss lets see.

I put a call out for anyone that has any extra clothes that they have been thinking about donating or giving away. I am down to a 16/slim 18 now. Most of my pants are 22 because that’s the last time I bought pants. 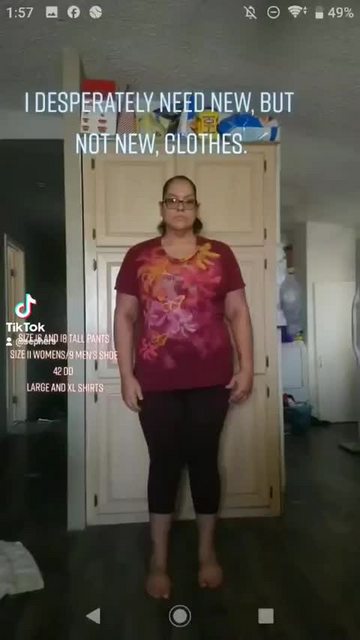 I have a few friends who are already sending me stuff, so that will be great. I also need to youtube how to take in some shirts, so I can work on that. A lot of my comfy shirts were my mom’s and she was short, squat, bosomy lady lol. So they’re a bit big on me to say the least. I hate when I wear a shirt and I just look like a bucket. LOL. I’ve got wide shoulders, boobs aren’t that big, and my tummy and waist are finally smaller than my boobs lmfao, so I actually have an hour glassy shape. And if I wear a large shirt, It hangs straight down from the shoulders and shows none of my shape, so I look like a bucket with legs.

AAAANNNNYYYWAY. hahaha sorry guys, its been a long morning.

So I’m gonna go work on some sketches of Fievel and Rizzo, soooooooo you all have a good day! 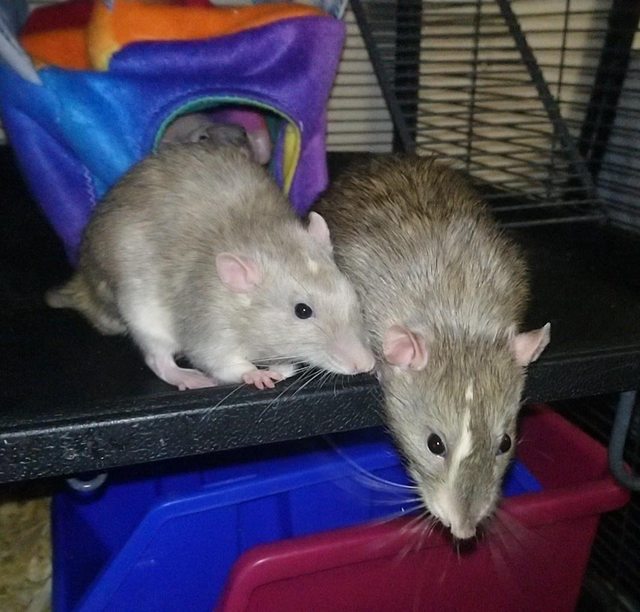