Keean Bexte, an independent reporter, went to Dominion Voting’s office in Toronto and discovered a few things. First, he discovered that they were hiding it. He only found it in the buzzer directory. Hired police officers are paid to act like security there. We don’t think that is a natural service in Canada. He also discovered that they share office spaces with Soros entities. Keean calls the building a socialist incubation hive and claims that these groups are action-oriented social justice warriors. The claim is that these SJWs help arbitrate elections. Something that is known but not known in America is that ANTIFA and BLM are remarkably funded with the help of George Soros. After he shared that he got starstruck when Sidney Powell brought it up to the media while making her statement about their election fraud. Since then other people online have made some discoveries. Trudeau has caucus and cabinet members with offices in that building as well. Also, a US plane from the Department of Justice was in Toronto for a few days and we think that Sidney Powell’s claim about this election fraud happening in other countries is true. She claims that she can prove it and she does not owe the media that evidence no matter how much Tucker Carlson cries for it. I wouldn’t give those activists disguised as journalists anything either. They don’t want the story, they want to create a story. If you can’t see that then god help you.

Powell says that she will release the Kracken in court and I’m a little nervous about it. The implications here are that the far-left globalists are stealing elections to usher in the great reset. My Prime Minister just denied that even though it was right in front of our faces. It’s all right in front of our faces. Everyone is so irrevocably demoralized that they need the news to confirm a fact for them. It took a virus with a .1% mortality rate and a television to take down democracy in Canada. Pathetic. Absolutely pathetic. 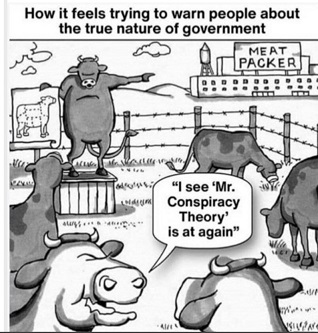 I just don’t know if their plans are falling apart or coming together, these far-left globalist leaders. For starters, Trump is still in the way. Circuit Courts have been reassigned and it is clear that Trump is playing chess. Brett Kavanaugh is in charge of Michigan, Amy Coney Barett is in charge of Wisconsin, Samuel Alito is in charge of Pennsylvania and Clarence Thomas is in charge of Georgia. SCOTUS, his secret weapon has been activated. All Trump needs to do is get this election tossed out and given to the house. It will be a slamdunk from there. It’s not very democratic but America is not a democracy, it is a constitutional republic. They are a country of rules, not rulers. No matter how much libtards cry and journalists say otherwise Trump is not undermining democracy.

Another sign that their plans might be falling apart is President Macron of France. He appears to be red-pilling. Their poster boy Emmanuel Macron suddenly became a defender of western values and is embracing french national populism in response to their recent terrorist attacks. This might give you a bit of a culture shock but he is giving the French Council of the Muslim Faith leaders two weeks to sign and agree to a Republican Values Charter or be recognized as an enemy of France. They are to end all practices of political Islam and put an end to foreign interference. Some individuals are failing to assimilate and embrace Western values and it is not a secret that radical Islam has every intention to take down western culture. He is raiding radical Islam groups and is having them disbanded and/or essentially deported. He is putting limits on Islam homeschooling and is taking control of religious funding of mosques and doubling down on the burka ban. France is not Iran. This is going to upset the leftists who do not have any cerebral constitution whatsoever. This is not racism. Macron was a poster boy with Trudeau he just went in the opposite direction and the globalist leaders do not know what to make of it. He’s embracing the far-right.

Anyway, I’ve been avoiding interactions online. I’m a little unhinged and need to collect myself. I’m struggling to respect people. Matt is coming home so it’s going to be menacing with all of us trapped in this house. BC has banned all non-essential travel. That will be coming soon to my province no doubt. Dissenters will end up in our camps, guaranteed. We’re still pretending that the PCR is designed to determine infection and that it is not giving us up to 94% of false-positives. Not that a positives result even means that a person is even infected. It is not a case. Listen to the science says the idiots who believe that polyester on our faces is going to save the world. What they’re actually saying is to listen to the news. They’ve never bothered to look at the science. Like Pavlov’s dog, they are conditioned to react to certain buzzwords. I’m a cult member drunk on internet conspiracies to them. This is a casedemic, this is a hoax. The virus is real but this is not a plague. It took a virus with a .1% mortality rate and a television to take down the west. Unbelievable. America is the last one standing. Their constitution might
just save the world from this insanity. I’m trying to get a passport expedited so I can apply to be a resident in the US before the health pass is introduced. We’ll see how that goes. My Prime Minister is printing money to pay his bills. Like, we’re about to collapse. It’s so fucked up in my province right now. Without any science to explain the decision, my premier decided that he will now only let us buy essential items. We made businesses spend a lot of money to make businesses safe and now we’re all locking down again while they offer them bridge financing which requires them to give the government a stake. We’re coming out of this with only government-owned businesses. I just want out of communist Canada before the “cyber pandemic” comes. That’s what they’re setting the stage for. I think they will disable the internet so we can ONLY listen to “authoritative sources” of news. Aka, their propaganda. O Chinada. My guess is that it will be timed just when Powell releases the Kracken. lol. ugh.