SMOKE AND FOG in Postcards 4 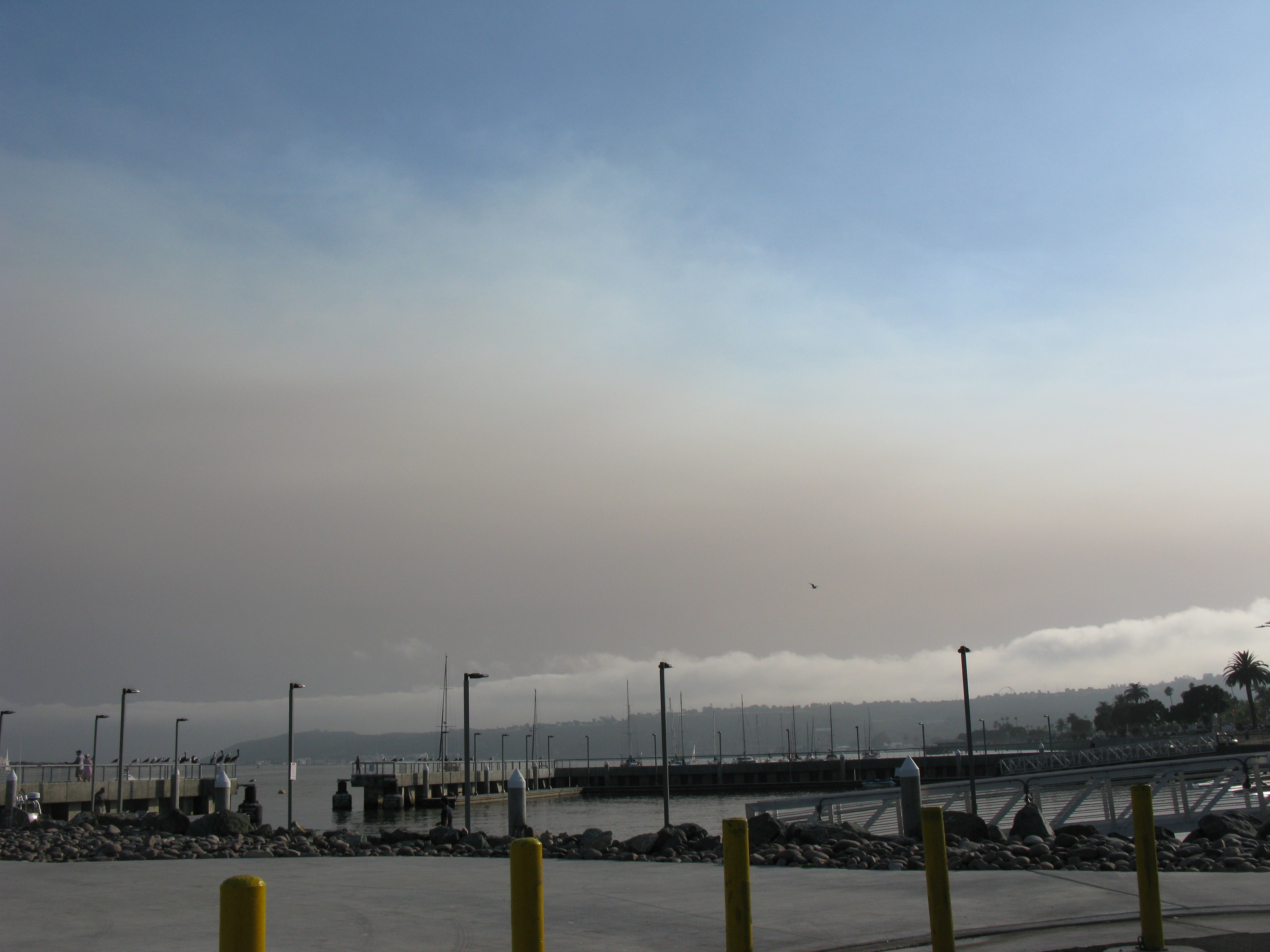 The winds have been blowing smoke from the fires toward the coast. Smoke from all the fires up and down the west coast. We stay inside breathing shallowly except on pool days or doctor days.

Lots of doctor stuff. It seems endless. I go to all without a whimper, but inside I’m ranting and raving. Which, of course, does no good. Today a blood draw done by an amateur. I swore when he treated my arm like a dart board. Today a nurse practitioner wanted a urine sample. No one had told me. George commented that I had certainly been doing well with all the fuss plus getting up early. I just smiled, but I truly hope all these visits are done for the moment.

Dear G announced that one of the things he wanted to do in retirement was fish….fish off the https://oceanbeachsandiego.com/attractions/ocean-beach-pier OB Pier. He used to have a wheeled cart in which he could put everything needed. When we moved out of the big house, he sold it. Now he’s gone to great effort and inventiveness to create a low cost trailer for my scooter. With canvass sides and a sheet of plexi to cover the canvass bottom of a bike trailer, he was almost ready. He invented a little arm to connect the two and he’s off. His worn out knees won’t be strained by the long walk, and boy is he happy.

I’ve been researching something new to write essays about. I pretty well covered the Nazi’s with articles covering architecture, art, writing eleven articles in all. I can certainly edit them and make them better as I’m still fascinated by the subject. But I’m done with them. I wrote a long piece about the WPA murals, ditto American Architecture. Now if I can find something as juicy about Ocean Liners or railroads that hasn’t been written by an expert, I’ll do it.
…………………………………………………………………………………………………..
Himself: Blood draw. Lunch. Playing an old computer game.
Myself: Blood draw plus equal two trips downtown. Only two more Dick Francis adventures to read.
Reading: Between books.
Photo: Taken from the Shelter Island boat launch showing fog, smoke, and a little blue sky.
Gratitude’s: That there are two days of no appointments.

Photo of new cart on his blog.

Fishing is in your future ! Enjoy some appointment free days !

The man walking on those stones would have been obscured by the smoke we've been getting...but it is gone for now and I'm happy about that.