TS4: Get Famous in The Sims


This was a fun pack. I would not have paid full price for it though. I bought it when there was a 60% off sale going on and only paid $25 instead of $55. I appreciate that they are adding more interactive careers because in TS3 there was only one EP with interactive careers (ghost hunter, firefighter, investigator, interior designer, or stylist). They could have added more but didn’t.

I’m glad they aren’t making that mistake again. More interactive careers would be great. For those who don’t know most Sims games the jobs they get you don’t go with them. They catch a ride or leave for work and they’re gone whatever hours they’re scheduled to work. You don’t control them again until they come home. Interactive careers you go with Sims to their jobs.

You get to control everything they do and what kind of work day they have. And these were only introduced in TS3 and continued on in TS4. TS1 and TS2 only had what we call “rabbit hole” jobs. Anyway, all that just means I’m very happy with more interactive careers. I like that with TS4 careers they aren’t as annoying as the TS3 were, they stay on one lot with lots to do.

You were always rushing around just barely making it in TS3 especially the firefighter career. In that career I was lucky if I saved all the Sims in time. It was frustrating because I’m playing a Sims game which is anti-regular-gameplay. I’m not a gamer, I’m a Sims player. I don’t play other video games. I play The Sims because it’s a virtual dollhouse with dolls that move on their own.

I’m not looking to play through a game then start over and do it again or never. My games and stories are endless and the only limit is my imagination. That’s not true with regular video games. Which is why I don’t consider myself a gamer. I’ve tried playing other video games on computer and console; none have held my interest longer than a few hours then I’m bored,.

This is another pre-made Sim named Venessa Jeong. She's self-absorbed, and neat. Her life's ambition is to become a world-famous celebrity so I put her in the actor career which is the newest playable career. It even has an acting skill attached to it. If your acting skill is low you may not be asked back for another gig which affects your career performance. 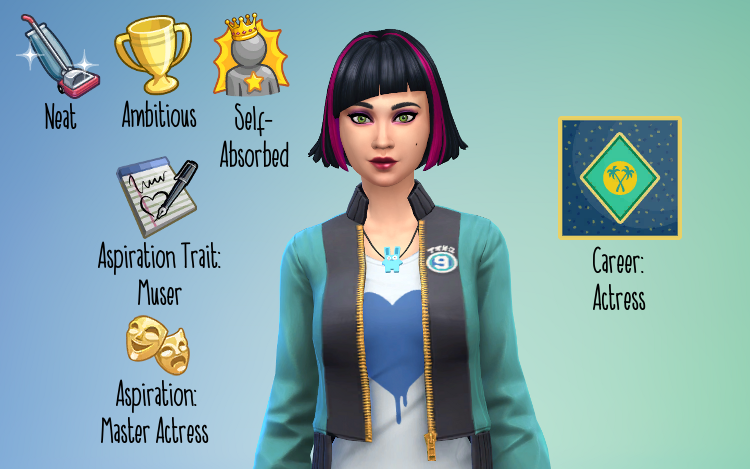 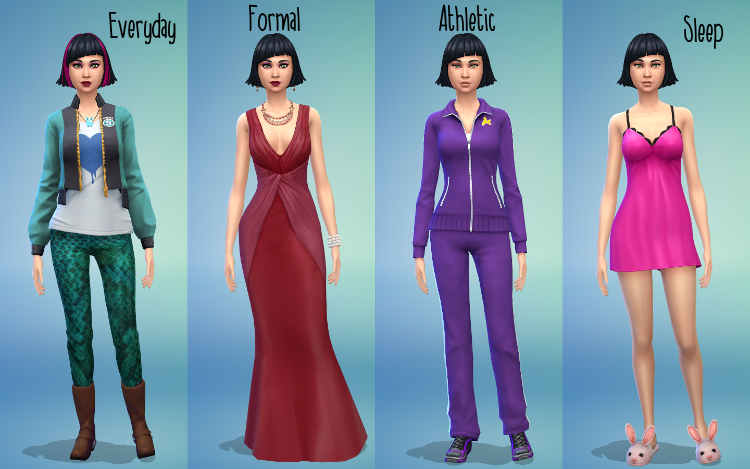 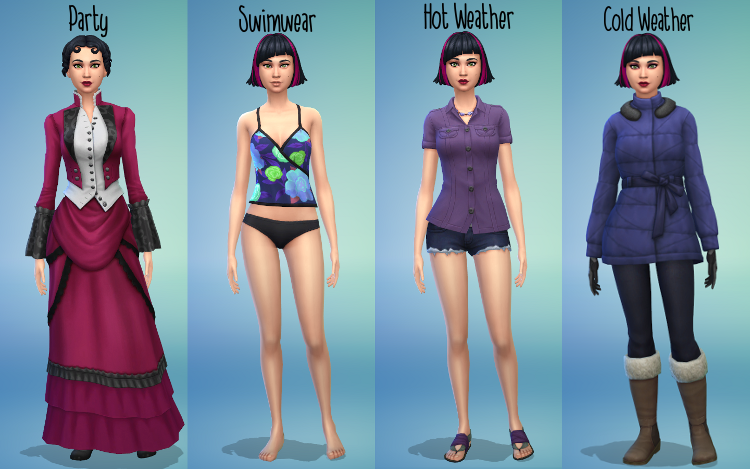 Venessa's best friend is another celebrity name Holly Alto. For those who played The Sims 3 you'll recognize the name as teenager from Sunset Valley. The name is where the similarities end though and Holly has no parents in this version of the game. I gave her a make over because she was really plain and boring when Venessa met her. 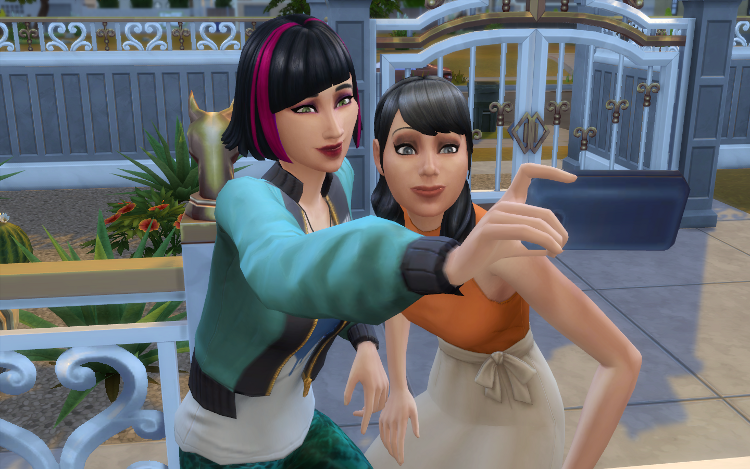 The lovely home I redecorated for Venessa in Del Sol Valley. I mostly used new objects from the Get Famous pack. The second image is Venessa's bedroom with furniture all from GF. 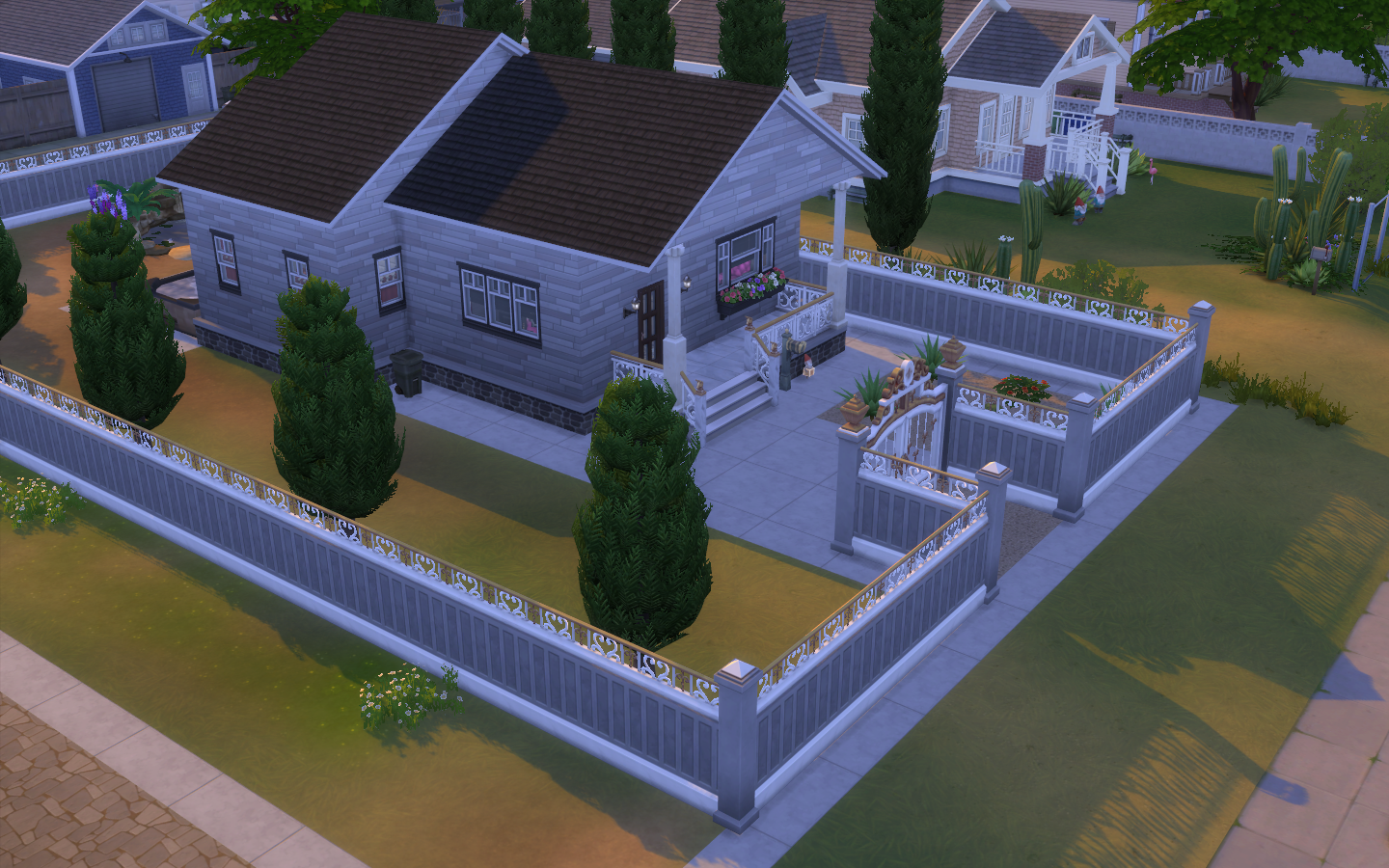 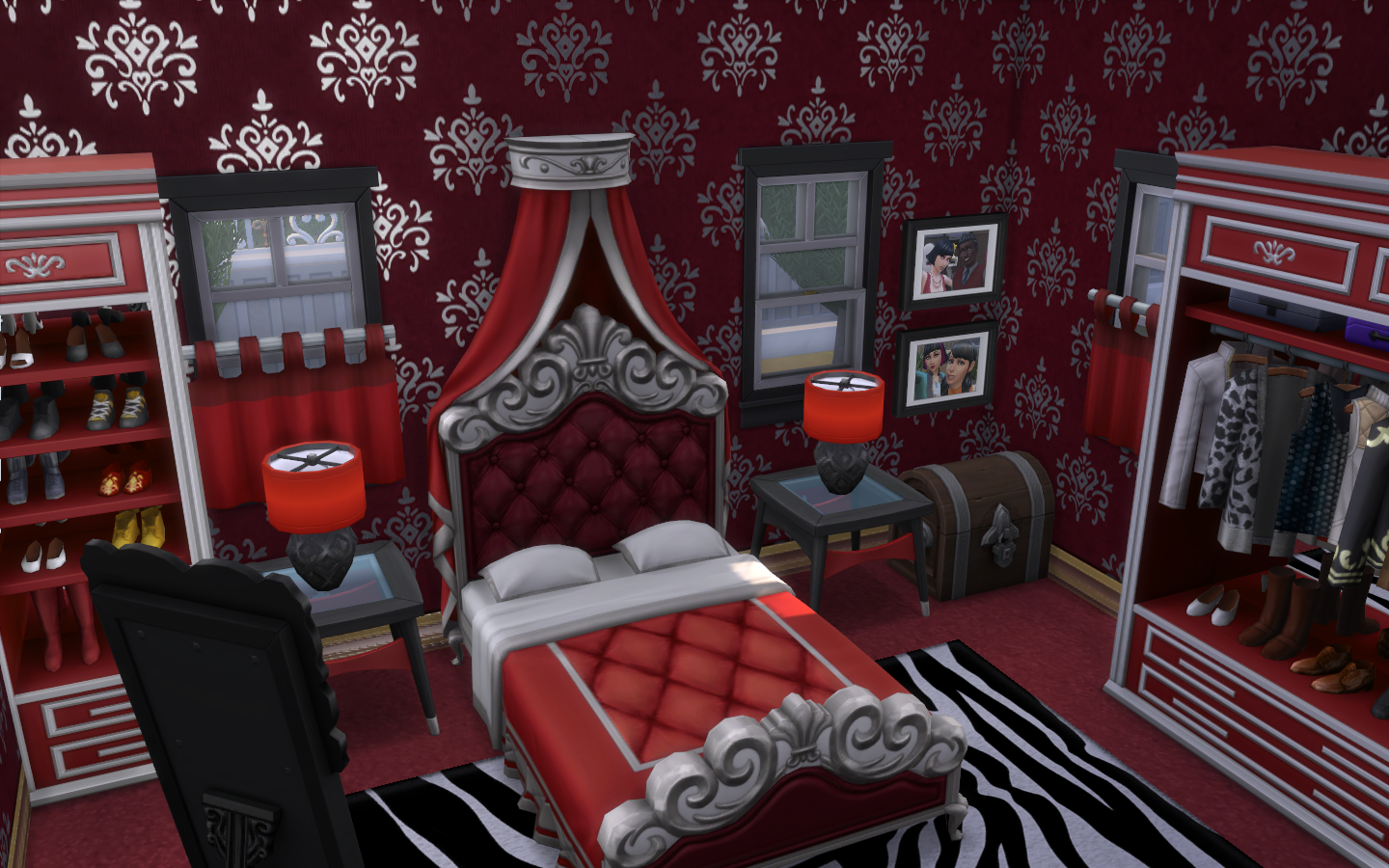 A new object that I really like is the Exotic Water Garden. The fish (choice of koi, piranha, sharks, and for some reason sprites) that live in the garden are called denziens which I love because it's such a Sims word. It's been used in previous games. You can play with the fish, add natural cleansers (snails), jump in, feed them, or admire them. It's very cute. 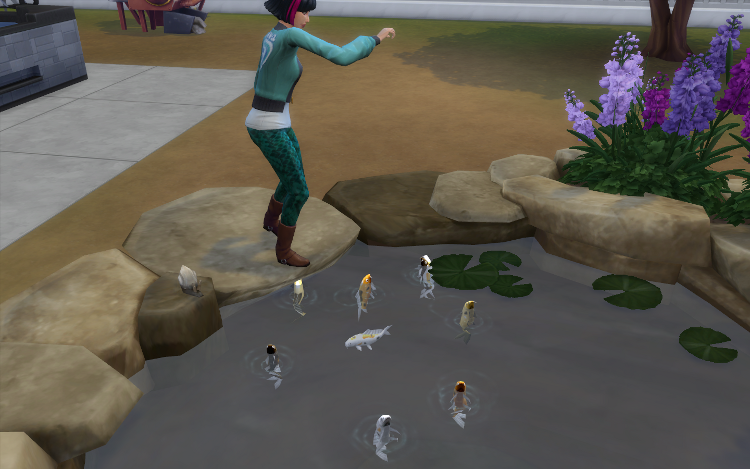 Another new object that came with this pack is a drone. I thought it would be cool and you could control it like a real drone. Nope. It just follows you around taking videos. If you send it out in to the world to film it will actually get lost and not come back home. They look cool, that's about it which is not impressive at all. Fail EA. 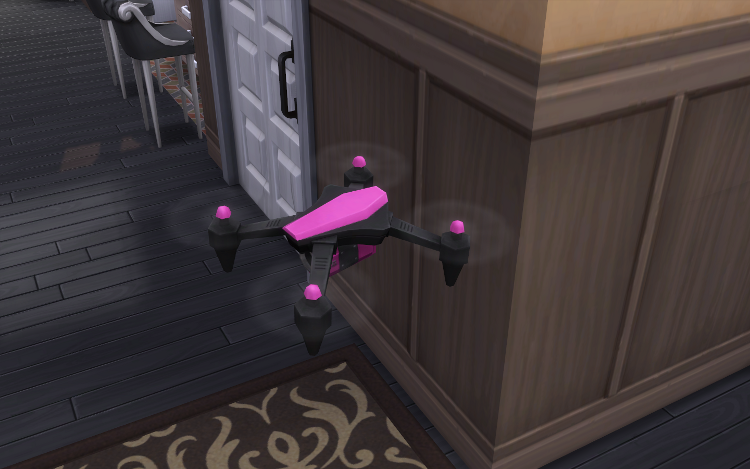 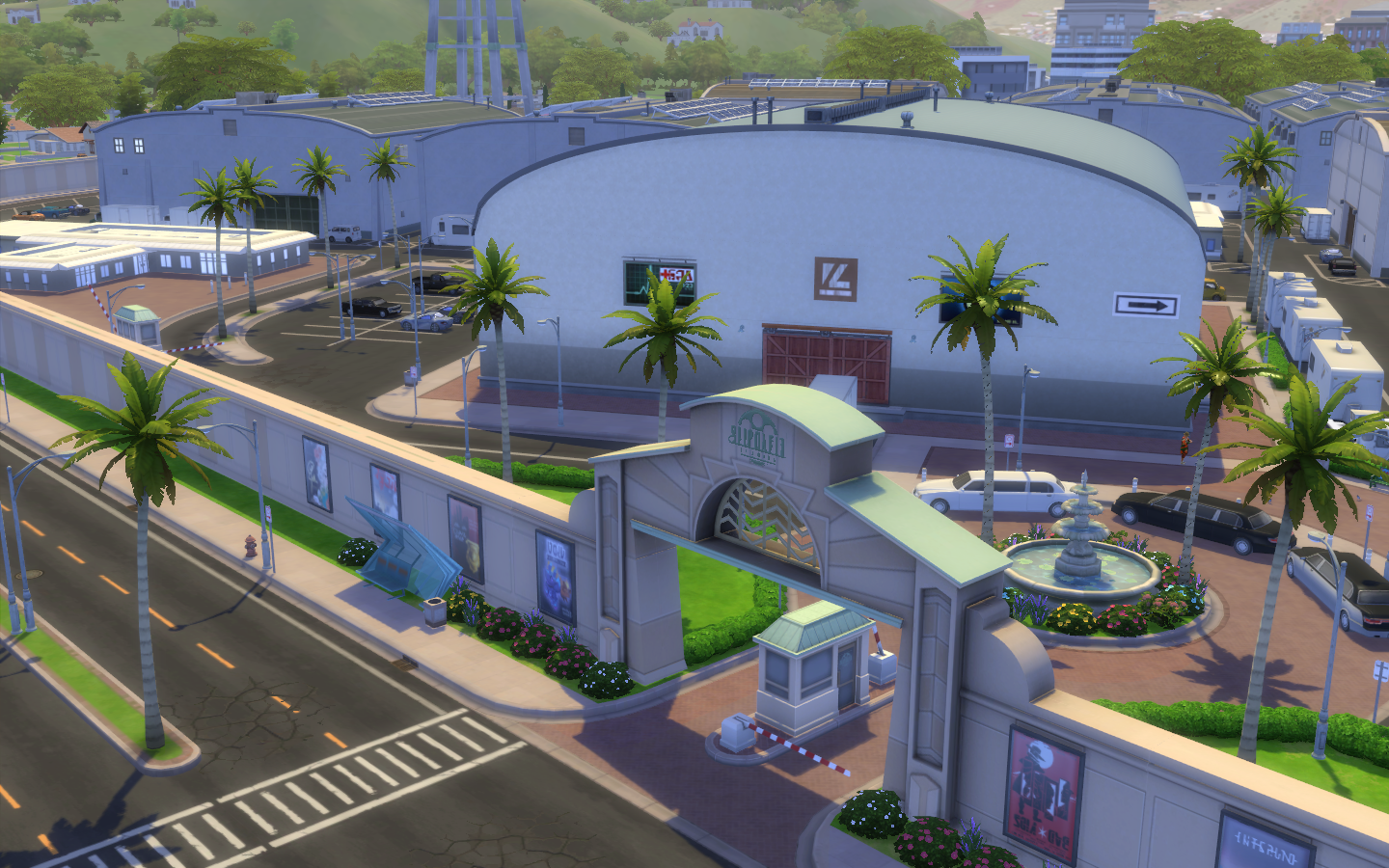 The first thing Venessa always does is get her makeup and hair done so she can have a good gossip with the makeup artist/hair stylist. 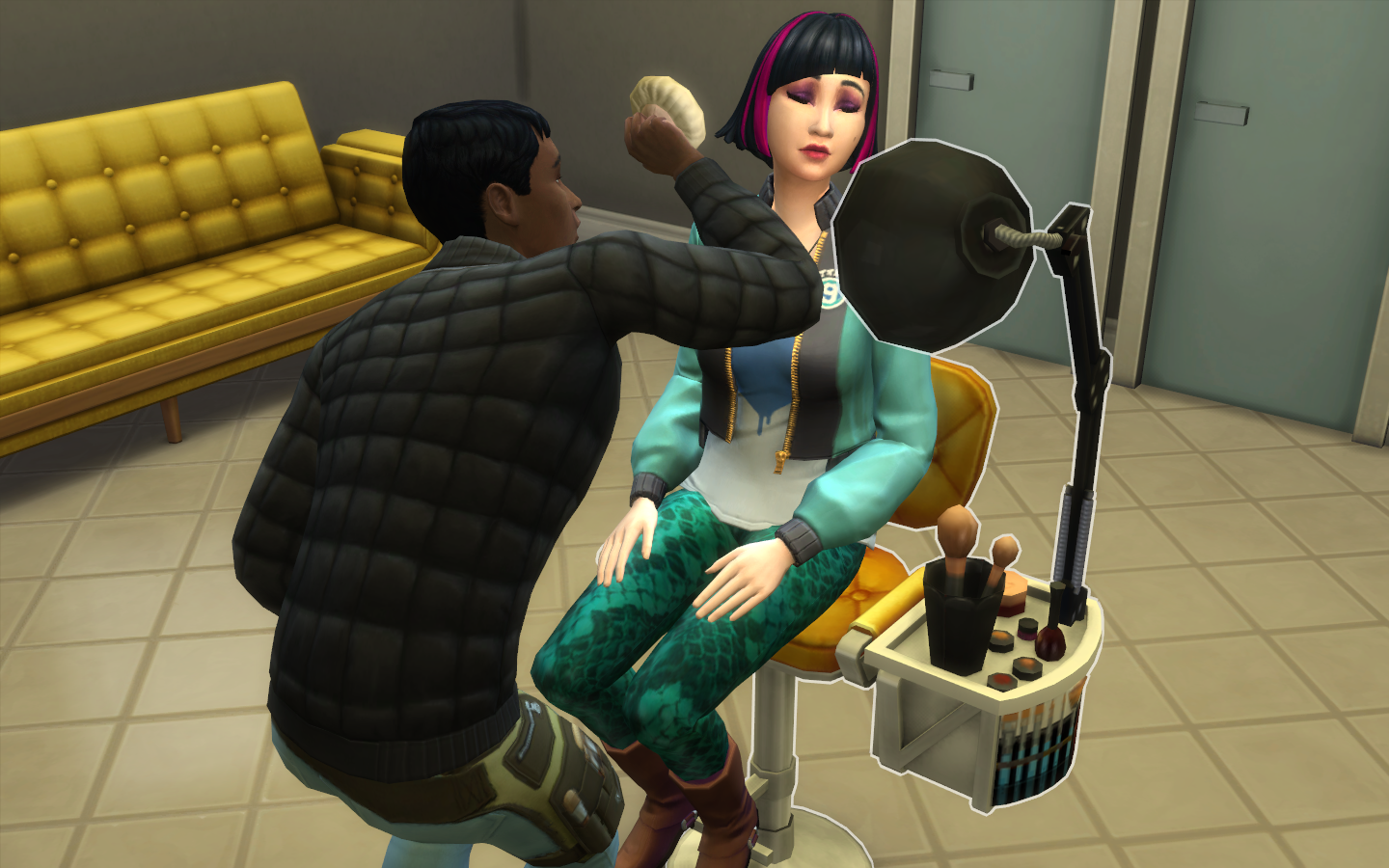 This is what happens when they get her makeup wrong. Poor raccoon eyes! 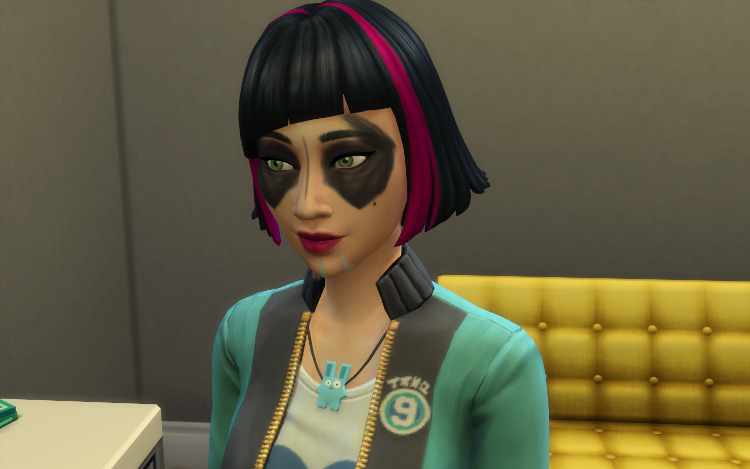 One of Venessa's first jobs is a commercial for some hardware store owned by a local vampire who liked building coffins. Love the back story. Best part is she looks like Super Mario. LOL! 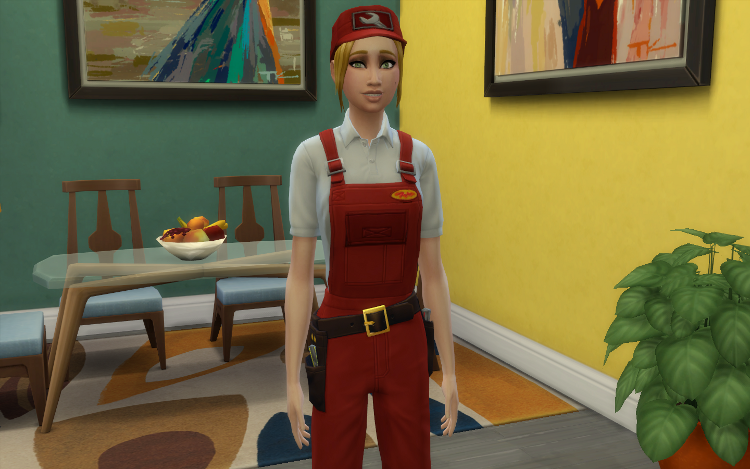 She was well received as a fake-plumber so she was hired to play a fake doctor and peddle medicine. This gig was boring and watching her perform scenes was snooze worthy. 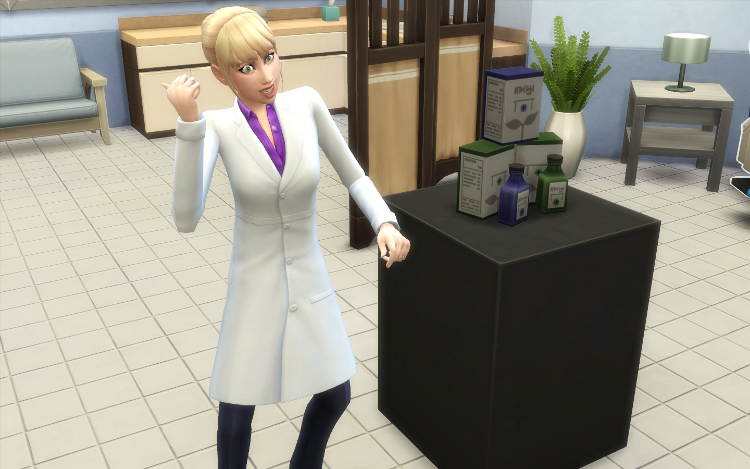 A historical drama called, Dignity & Decorum, was her first foray into television shows. I think this was meant to be a spoof of Downton Abbey. 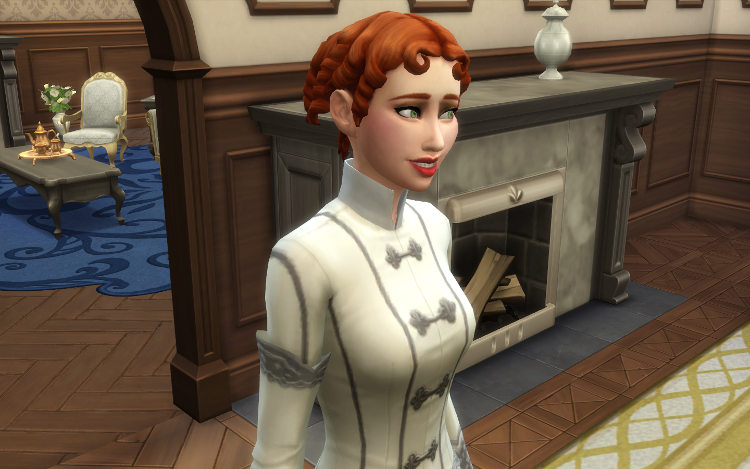 Up next was a comedy show based in the woods. This gig was fun and cute. 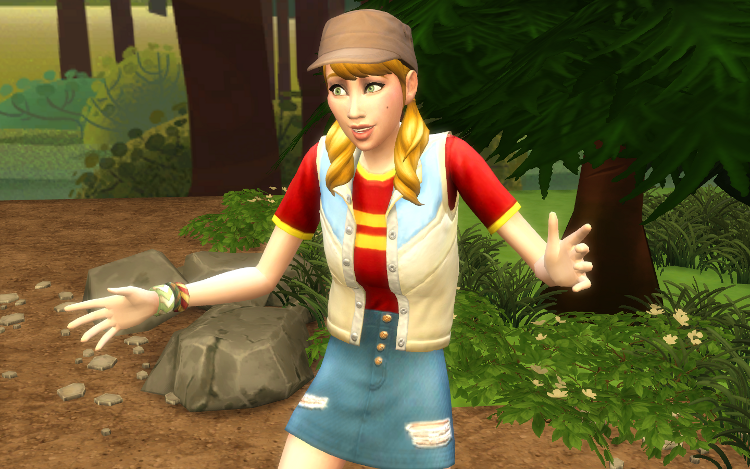 I know this seems silly especially because this object does nothing BUT it's nice to have an outdoor fire that won't catch everything around it on fire. I was on the phone with Barb while another of my Sims was on vacation and the fire pit nearly killed her guests and took half the back yard with it. Barb was so confused when I shouted randomly, "My friend is on fire!" 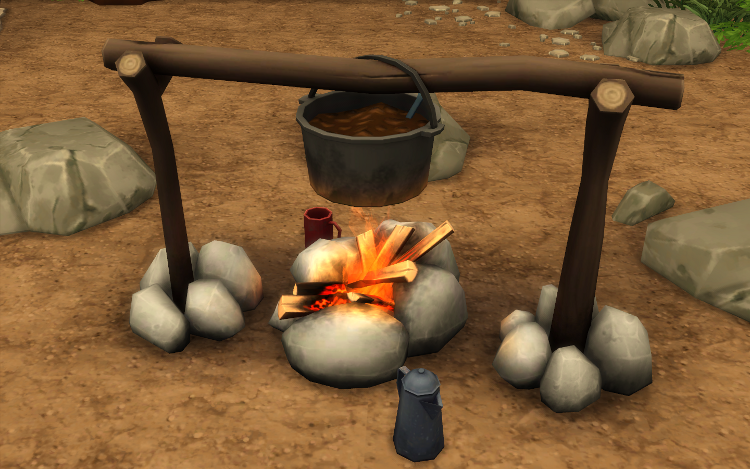 This gig was WEIRD. It's a kid's show and Nessa have to wear this ridiculous looking costume surrounded by giant toys and weird colours. 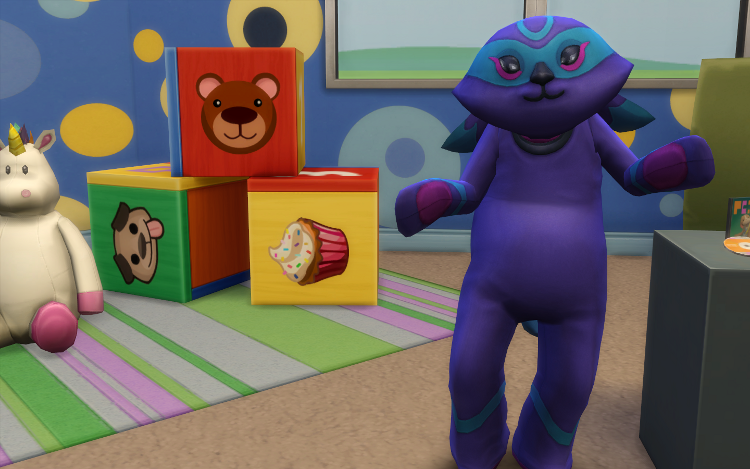 Next she stared in the Sims version of Game of Thrones called Tournament of Honor. 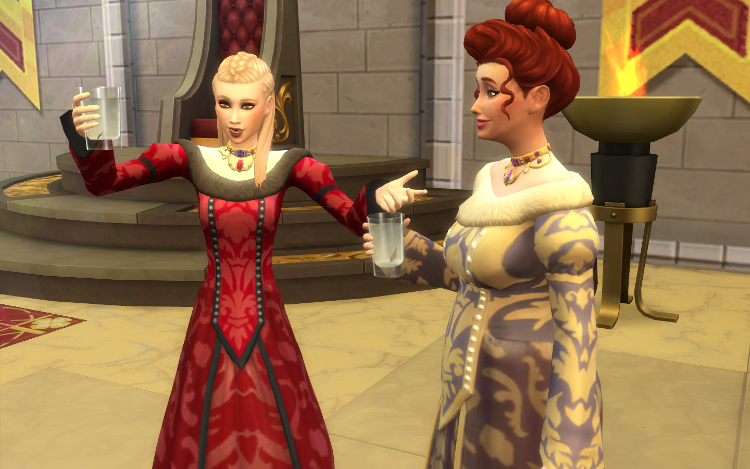 The EA version of The Iron Throne. Yeah, not really. It's just a throne, my dudes. 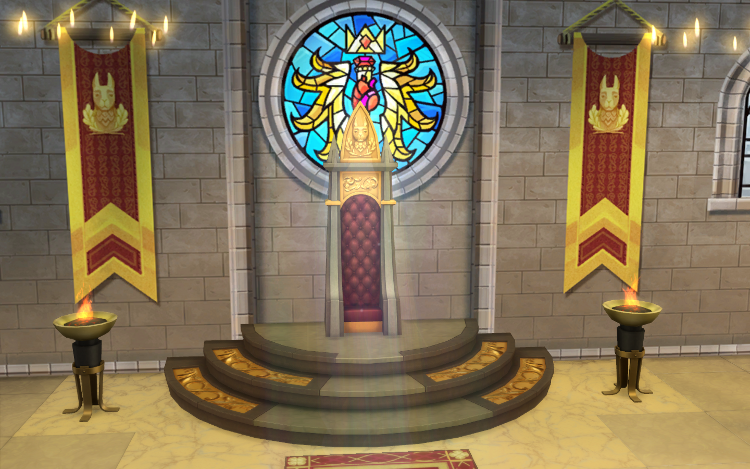 Of course no resume is complete without... PIRATES! 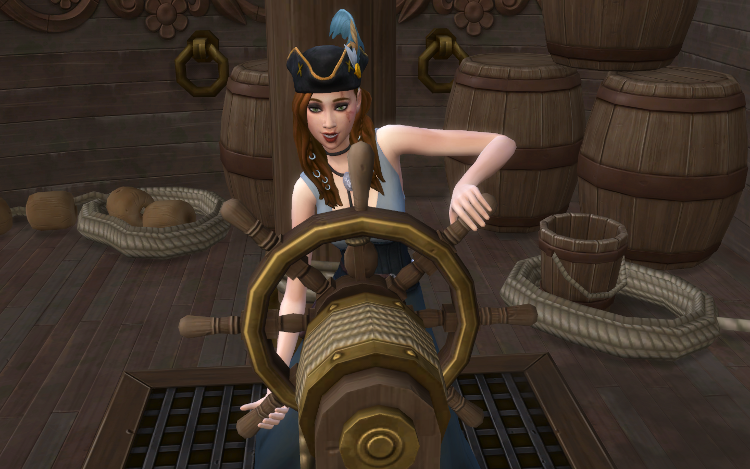 The swordplay was fun but the outfit they put her in to do the scene? They're short pants and they look really weird. Short pants on a pirate ship? As you can tell I tried to angle the shot so I got as little of the bottom of these ugly trousers in the shot as I could. 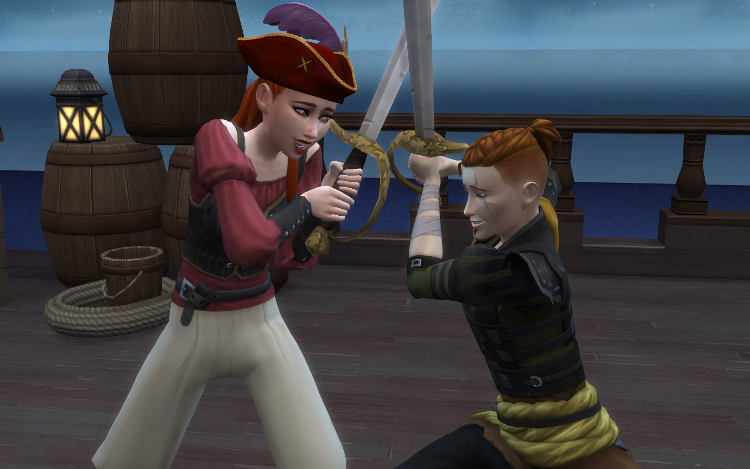 I thought this was supposed to be a cop show but suddenly she was arresting the creature from the black lagoon and giving him a telling off in his cell. 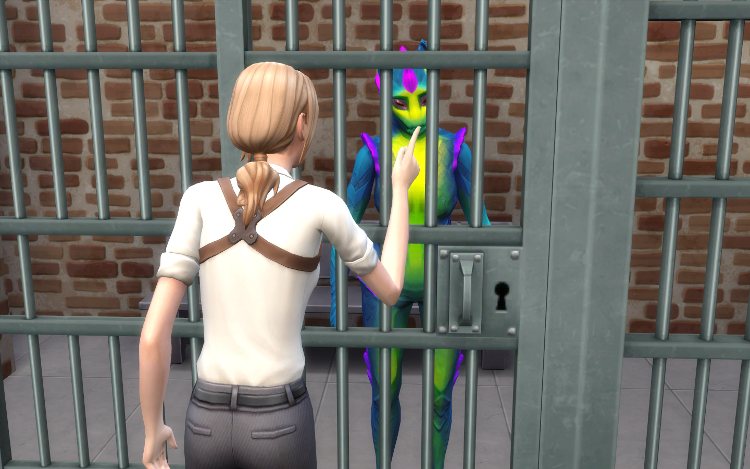 I thought it was funny that all Venessa's love interests were female. Goodness the bigots must hate when that happens in their game. I love that the game ignores gender. I would really like to see an orientation option, I mean you can be transgender but you can't have a sexuality. 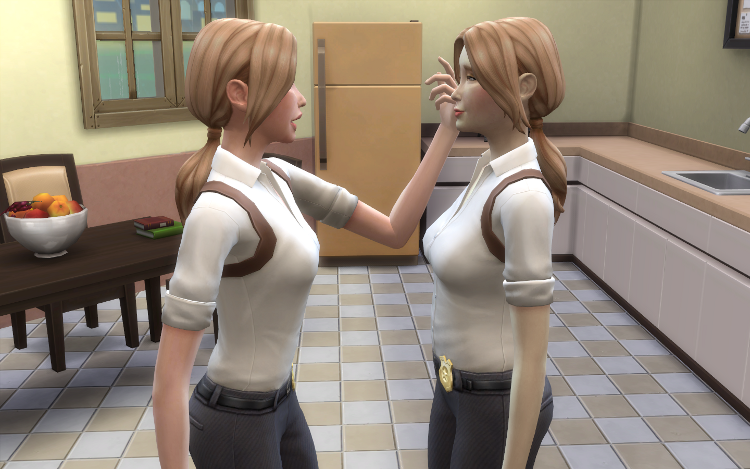 Venessa has a very pretty and VERY famous boyfriend, Jordan Youssef. Jordan is a lovely fellow who lives in San Myshuno with his small dog, Bagel. He's a Global Superstar (highest celebrity status in game) and he's an actor like Venessa. 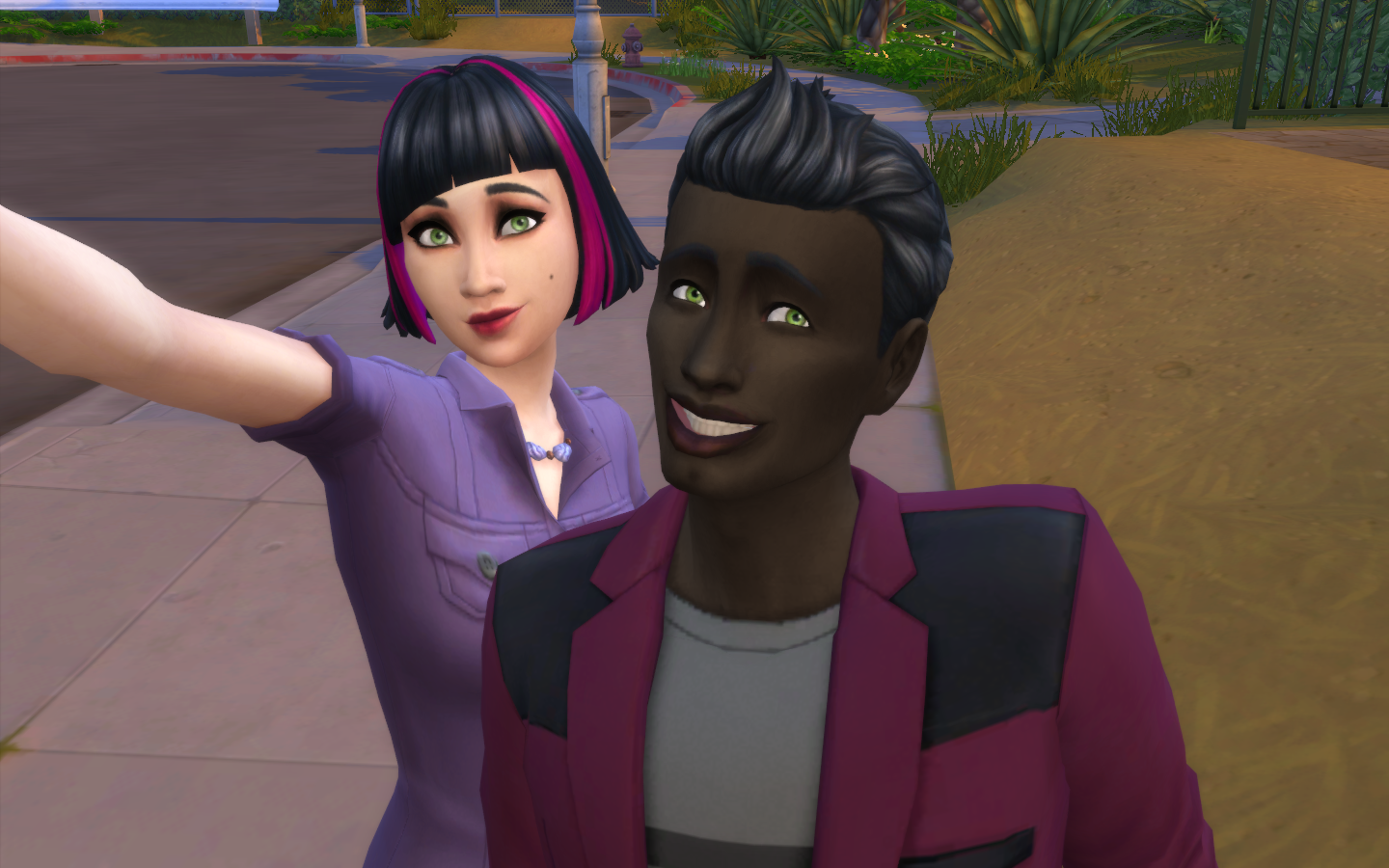 I tried getting a picture of Venessa receiving an award but she never did so the best I could do was Jordan accepting a Starlight Accolade Award. I was worried when they accepted the award they would stand there empty handed and the award would just go in the inventory. I love the detail of them holding the award and giving an acceptance speech. 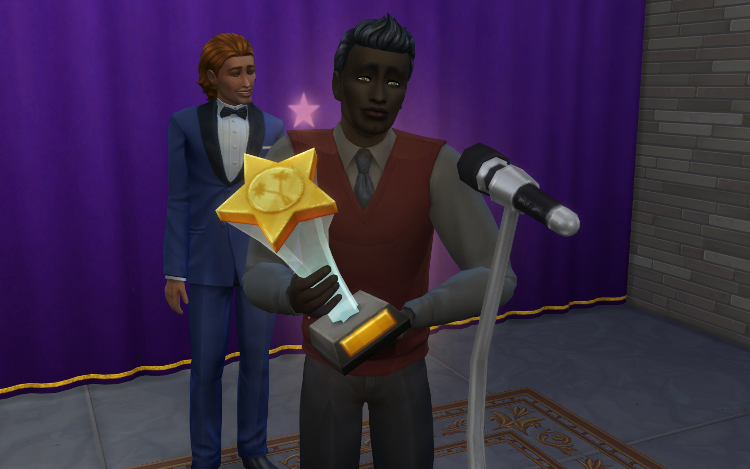 Venessa was walking home one night after feeling defeated at the awards ceremony and I looked back and she had a very famous stalker following her. Judith Ward comes default with the game and she is an old fashioned film diva. She has a classic movie quality about her. She is a giant bitch though so Judith & Venessa are not friends. 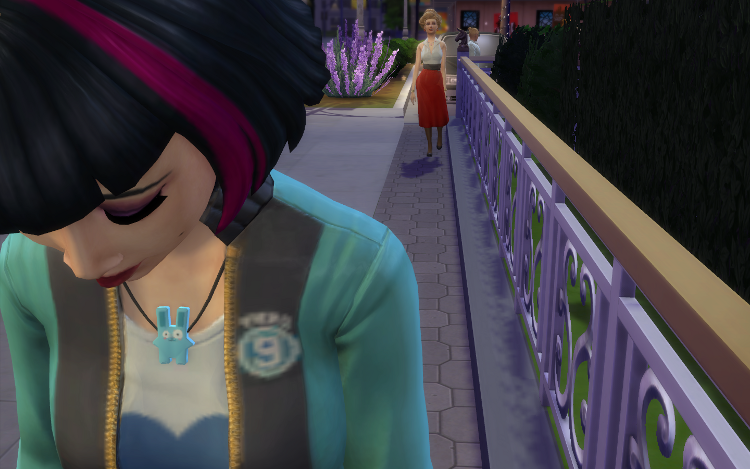 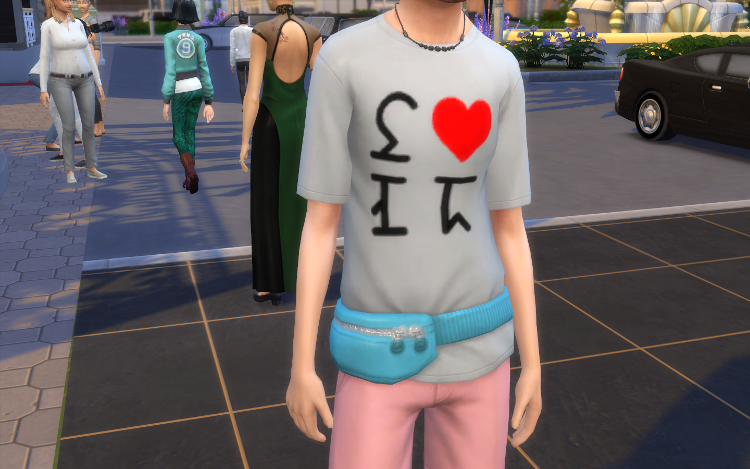 Two shots of the very neat (but decorative-only) back lots. 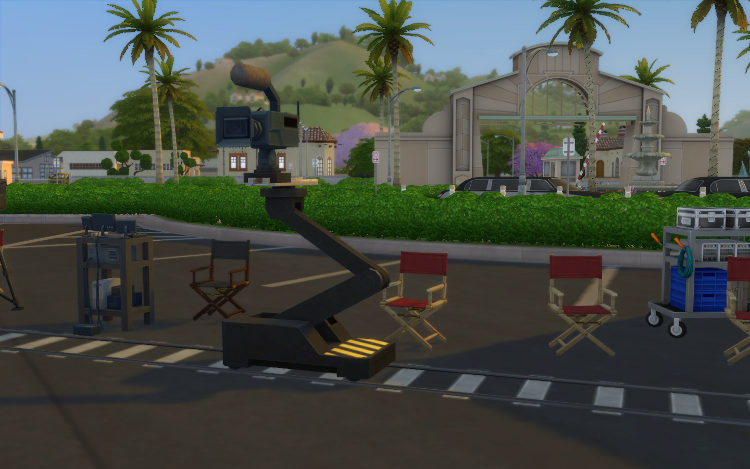 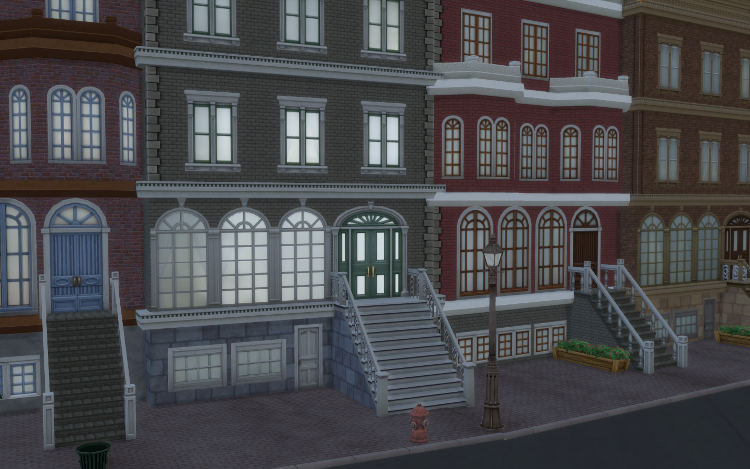 This has nothing to do with the pack but I gave Judith Ward a cat named Fiona. Of course I picked Persian because to me they are elegant and suave which suits Judith's position. She and Fiona live alone in a giant mansion up in the ritzy part of Del Sol Valley, which is the world that came with Get Famous since I didn't mention that before. 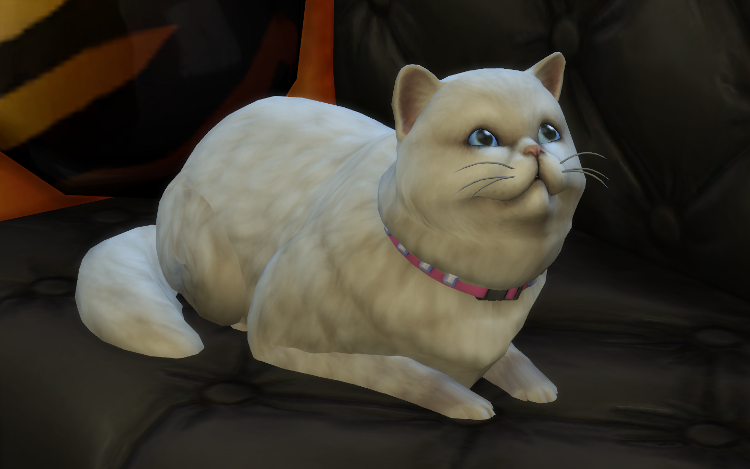