I had a few options of places to go for fourth of July, but I decided to go with the person who asked me first. That ended up not being the best decision. This one annoying guy kept talking about me and trying to be funny. It was okay at first. I decided to take a more dormant approach and just let it go. He kept doing it though and I finally said:

“Why do you keep talking about me? I’ve never even mentioned your name one time in my life, but you keep bringing mine up?”

I thought I said it pretty calmly, but I guess it hit harder than I expected because people started defending him and making me look like the bad guy. The only reason it hit so hard though was because it was true. I guess it was a little messed up to say it in front of everyone.

Anyway, I decided to leave that event and on the ride home I regretted not choosing one of the better options.

I texted Sconer on the drive home. He said “be safe”. Sconer would never say anything bad about me or try to make me feel bad about anything; I still haven’t decided if that’s a good thing or not. I’ve found myself reaching out to him for positive feedback even when I make bad decisions.

I texted Sconer this morning,

“Did you drink a lot yesterday?”, I said.

I told him I really didn’t, but I did manage to fall asleep with french fries in the oven. They cooked for over 5 hours. Haha. It’s actually mesmerizing how black they are.

For some reason I’m amused by the overcooked fries. I’m low-key excited to tell people.

Anyway, I have a headache this morning and feel a little sluggish. I’m supposed to go to Sconers today and we are going to make a four panel door from scratch for his kids playhouse that we built. I told him we need to make a door that looks like a real front door. I know Sconer is feeling worse than me so we’ll see what happens. 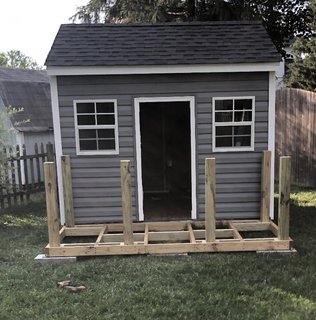