For the first time in my life I realize that I can be randomly killed by an idiot with a firearm. If that person kills or wounds me, they would have to be an idiot. I do no harm to anyone. Just like kids killed in mass murders. Just like victims of domestic violence. Just like so many people in the wrong place at the wrong time.

Angry at someone while driving? SHOOT THEM! That is why you have a gun! To defend yourself! But what is defending yourself? From a verbal insult? From neighborhood kids that pranked you for foolish fun? For being the wrong race, religion ethnic group or political affiliation?

I have read places on the internet where right-wingers sneer at how they can make fast work of liberals because they have more guns. Ah yes, I do not like their view so KILL THEM!

This is what the USA has become.
They are different or they upset me and so I must defend myself! SHOOT THAT OTHER PERSON!
It becomes the American Way.
People talk about how we have become like how people were in the days of our old west. That is so wrong because there was gun control in many towns in the old west so that they would not have mass killings as you see in our very fictional movies about those times. No, people did NOT go around having gun fights all the time. If anything they might use a shotgun because so many were farmers and NOT slick professional mercenaries on horses. 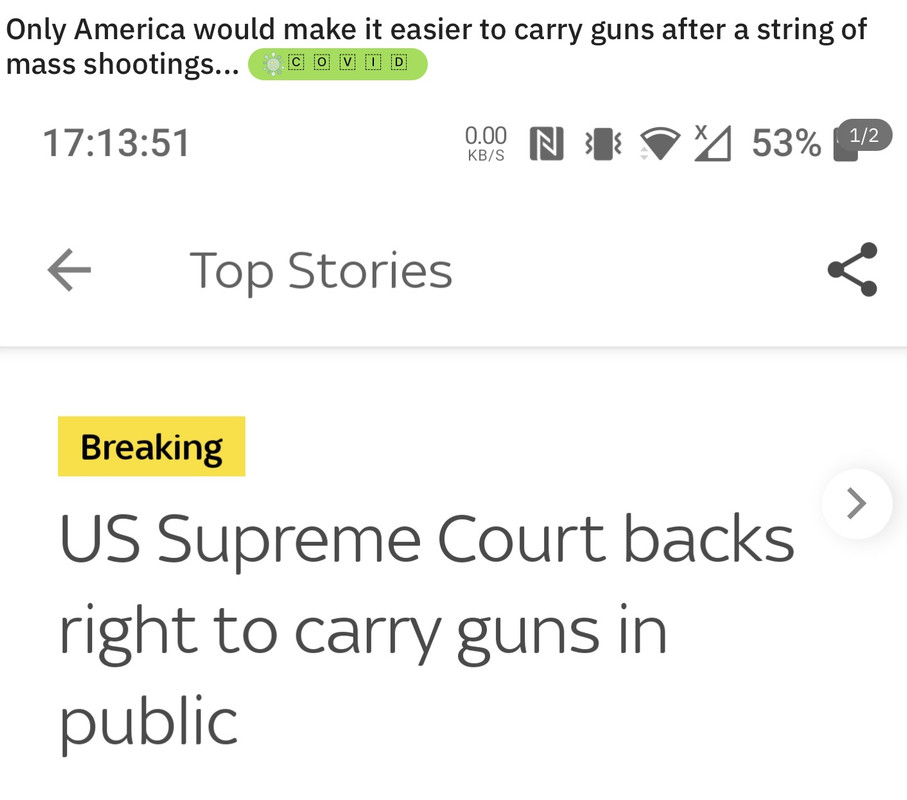