1964 people died yesterday from the virus?! Damn! Haven’t seen it that high since last spring.

Not at all impressed with Twitter’s new “fleets” which is similar to Facebook’s stories. I would really prefer access to the voice tweet feature instead. That’s supposedly coming to Android next year, but I don’t believe anything until I see it.

I’m feeling great so far today and did a half-hour video. This one really worked my arms! Still going to do some walking and work on my core, too. I do my abs on the Bowflex bench and back flies on the end of the couch that doesn’t have a back to it. Then I walk in 5-minute segments here and there.

Did my nails earlier not so much because they needed to be done but because I just wanted to do them. This time it’s black to navy strips with shades of blue in shapes of overlapping triangles for accent nails (see below).

I had a bunch of dreams last night. We were in a hotel in one of them and I’m wondering if it might have been Florida because we had a door or window cracked despite the humidity. It didn’t seem to bother me, though, and I commented to him that it was simply what I’d grown up with.

Then I was inspecting my teeth in a mirror and was worried they would be all yellow and that I misunderstood this thing that I bought where instead of whitening teeth it was supposed to change them to a different color. There had been other color options, but I grabbed the yellow one thinking it was for whitening.

There was also something wrong with one of my teeth and I resolved to address it with my ENT who I was referring to as Dr. Mitchell for some reason.

Then we were in the kitchen of this house where Tom was cooking up enough rice and beans to feed an army even though he doesn’t eat rice. Then he seemed to have some pain all though I’m not sure where since he didn’t say anything. Instead, he just started poking various parts of his body as if trying to figure out what was wrong.

The last dream was the strangest. I was living with my very much alive parents and definitely pregnant although I didn’t have a partner. Not sure why I didn’t get an abortion since I didn’t want a child. For a second, I considered having it so I’m might have someone to look out for me when I got old but then decided it would best be given up for adoption. I decided I would inform my parents of my decision. I walked through the house and found them sitting outside on the patio. I told them I wanted to talk to them and that it was kind of “heavy-duty.” 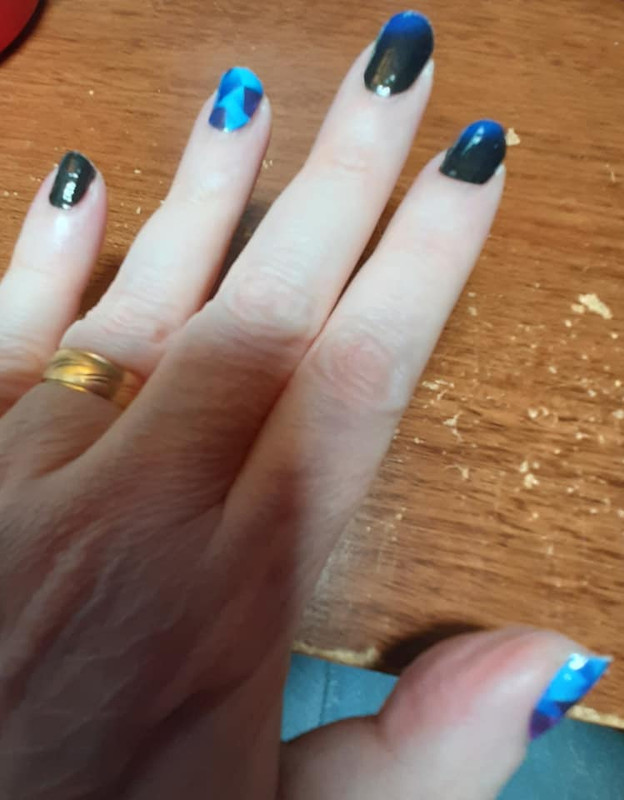 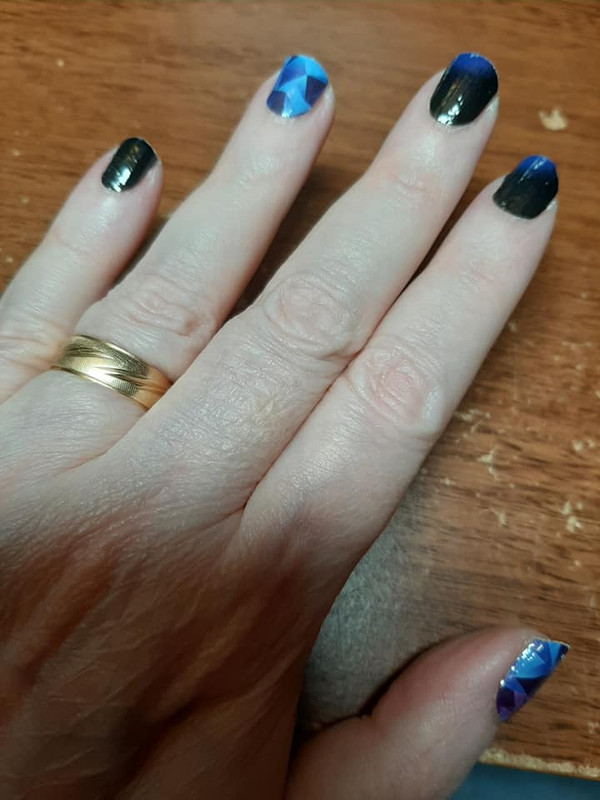 I really love those nails! So beautiful!
You had many dreams in one night! I wonder what they all mean :)