I haven’t felt legitimate work stress in a really long time, but HOO BOY IT SURE IS HAPPENING NOW and it’s my own fault for… thinking I was capable of accomplishing anything lol lol lol lol no it’s fine, everything is fine.

I’ve been functionally useless for months, and I finally started figuring my shit out a little and as soon as I did it felt like an AVALANCHE OF SHIT TO DO.

Not… really even that? It’s more that… people care if I’m doing things. Which hasn’t been the case in a while.

And these things actually matter and that’s scary because now if I fuck up, there are actual potential consequences.

God, I’m using my brain though. MY BRAIN. IT IS BEING USED. And that part feels REALLY fuckin’ good.

Not sure if it’s just stress causing this mid-grade general anxiety, though. Could be a lot of things.

Obviously the ever-pending changes in my relationship are there. That’s old news, but I guess it feels a little more real. My brain keeps doing weird back-and-forth shit. “Next year our garden will be awesome,” vs. “don’t buy that you’ll just have to get rid of it if you move.”

I feel like I’m existing inside a parenthetical. BUT I GUESS THAT’S 2020 FOR YOU.

Ohhhhh good, the chainsaw neighbor is back at it. So fucking thrilled.

My hair looks good today. And I did full-ass makeup and I’M FEELIN’ CUTE. So that’s something! 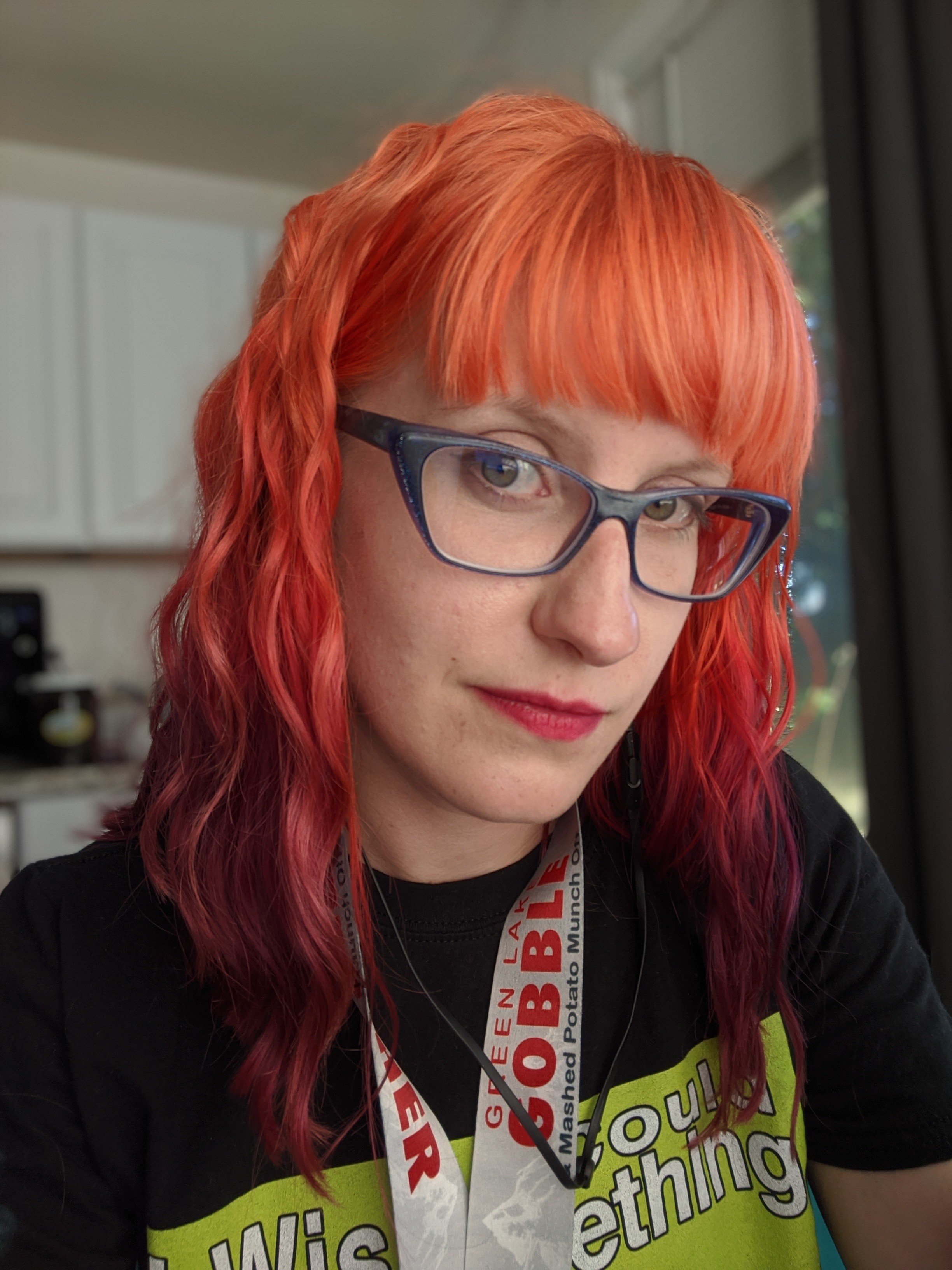 Aw geez I don’t have much time, virtual HH with Other City Coworker in 20.

I feel like I had a reason to write?

I’m going to tentatively attempt some new goals in September.

The last tow are mainly because my left eye gets dry as fuck and it’s driving me up the wall. Doesn’t matter how many expensive oily eyedrops I plop in there, it doesn’t really get better.
It does slowly improve throughout the course of the day for some reason, but I can’t seem to DO anything to make it improve. So, despite knowing the “drink X amount of water a day” and “thirst is the final sign of dehydration before you die, never wait until you’re thirsty” stuff is TOTAL CRAPPITY CRAP, I’m hoping overhydrating will, idk, redirect some liquid to my eyes anyway? Hahahah.

Plus, who knows. It may improve other things too. MIGHT AS WELL TRY IT ON FOR SIZE.

I’m trying not to overextend with goals. Keep it realistic. And I’m gonna continue with previous goals: getting up early (hopefully before dawn most or all days), drinking responsibly AF, getting enough cardio to help with sleep. Maintaining those habits until they’re ingrained is more important than adding extra stuff. I’ve been kicking it with these good habits for about 60 days now. If I make it 90, hopefully they’ll become something I barely think about. Then I might be comfortable giving myself tougher goals.

Okay this is boring goodbye

That hair color and your face totally remind me of Milla jovovich in fifth Element!

Are you wearing your work badge lanyard even though you are not at work? Explain yourself.

Good goalz! Your hair is gorgeous 💜

I love your hair!! The cut and color. You look very cute. Fooo Foooo. (That's how my sister used to whistle when she was little)

Using your brain at work is not as common as people think and I am all for the exercise. Being mentally exhausted is so much worse than physical - be sure to take brain breaks.