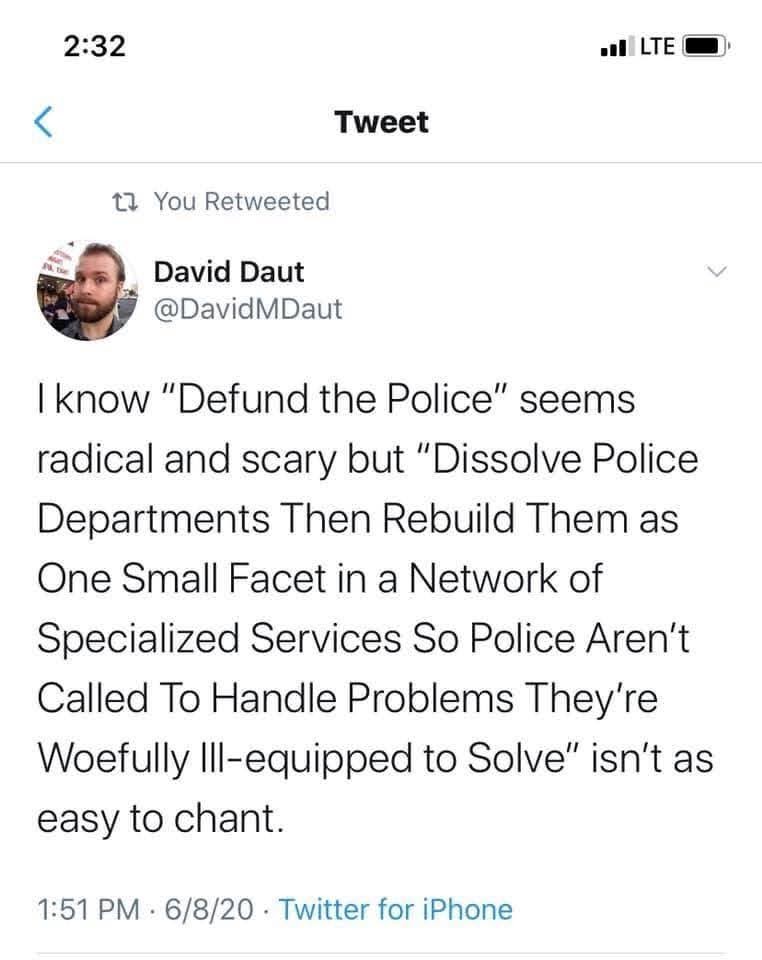 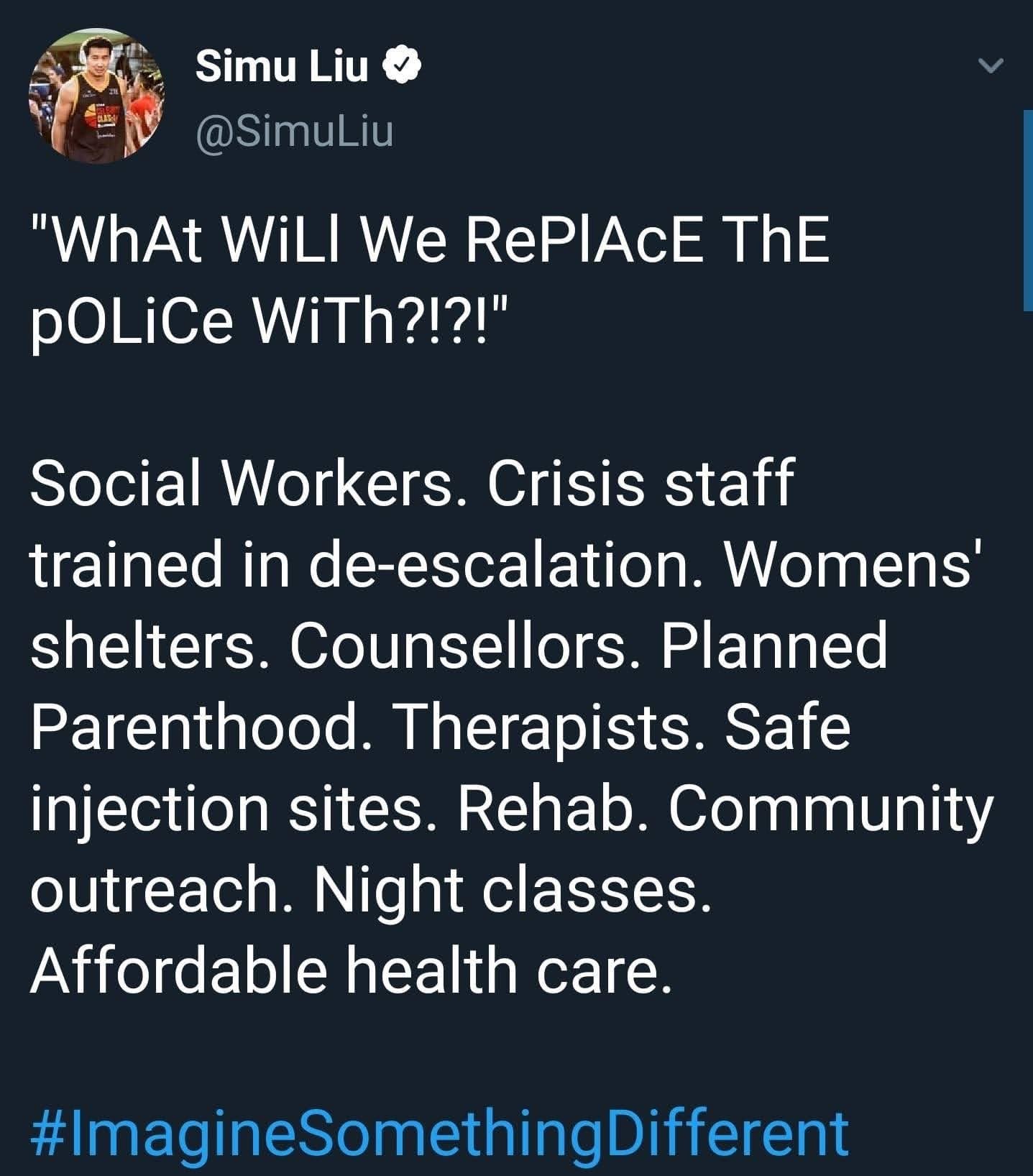 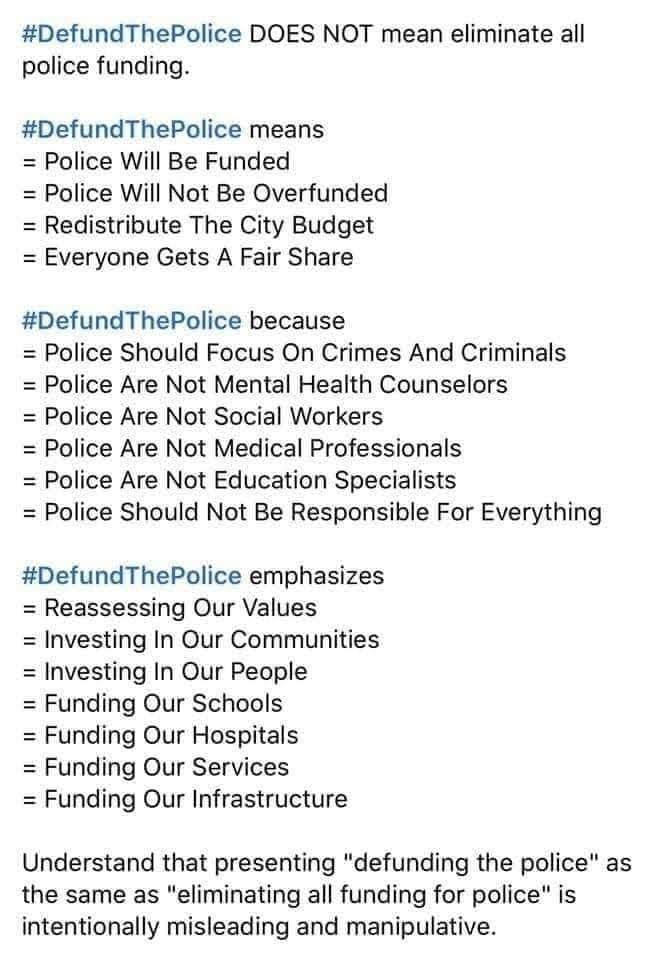 From the Our Lady of Lust and Grace Facebook page:

Imagine: Its 2025. You’re getting pulled over. A community representative approaches to let you know you have a taillight out. They don’t need your license and registration, they don’t write you a fix-it ticket. You’re back on the road in less than five minutes. You swing by the store and grab a new light, not because you’re afraid of what the city will do to you, but because you respect your community and know that having all your lights working is part of the driving privilege.

Your neighbors got into a loud spat a few weeks ago and without fear or hesitation, called a domestic assistance number. A counselor arrived and was able to talk the couple down and suggest solutions for their disagreement. No one was hurt, the kids participated in the discussion, and it’s been quiet ever since.

Your friend has been struggling with addiction and you fear they might be a danger to themselves or others. You call a substance abuse specialist and they talk you through ways to help your friend get treatment. They offer to send an agent out to speak with your friend directly and provide information on harm reduction centers in your area.

Black and brown people are no longer being exploited through tickets and fines to pay for police. Trust is slowly being fostered in the community.

When you see a police officer, you smile and wave rather than feel a fearful chill or avoid eye contact. You know that they’re being held accountable by the citizens they have sworn to protect. They’ve undergone psychological evaluations to ensure that they took the job for the right reasons. They’re slowly regaining respect in the community and are trained to be protectors, not warriors. (Sheepdogs, not wolves)

Teachers are being paid a living wage and students are being given more time, attention, and education. Books are up to date and classrooms are optimized to keep up with technology.

Trump is out of office.

You cant remember the last time the name of a murdered black person was used as a hashtag.

Casual racism is no longer tolerated. The KKK has been classified as a terrorist organization. The Confederate flag isnt flown and has been removed from any official state flags or insignias. Most Confederate monuments have been taken down and placed in storage or museums.

You trust the police to deal with crime the same way you trust firefighters to put out fires.

That’s what ‘defund the police’ looks like. It’ll be different for every department. If the corruption is bad enough, dissolution of the department may be necessary. Some departments may just need reform. But what we’ve seen in the last few weeks shows how overreaching and power-drunk many officers are. We asked too much of them and then called them heroes despite evidence to the contrary. We let them think that they could get away with anything, including murder. Its time for change.

Ugh. The ignorance around this coming from my own friends is disturbing.